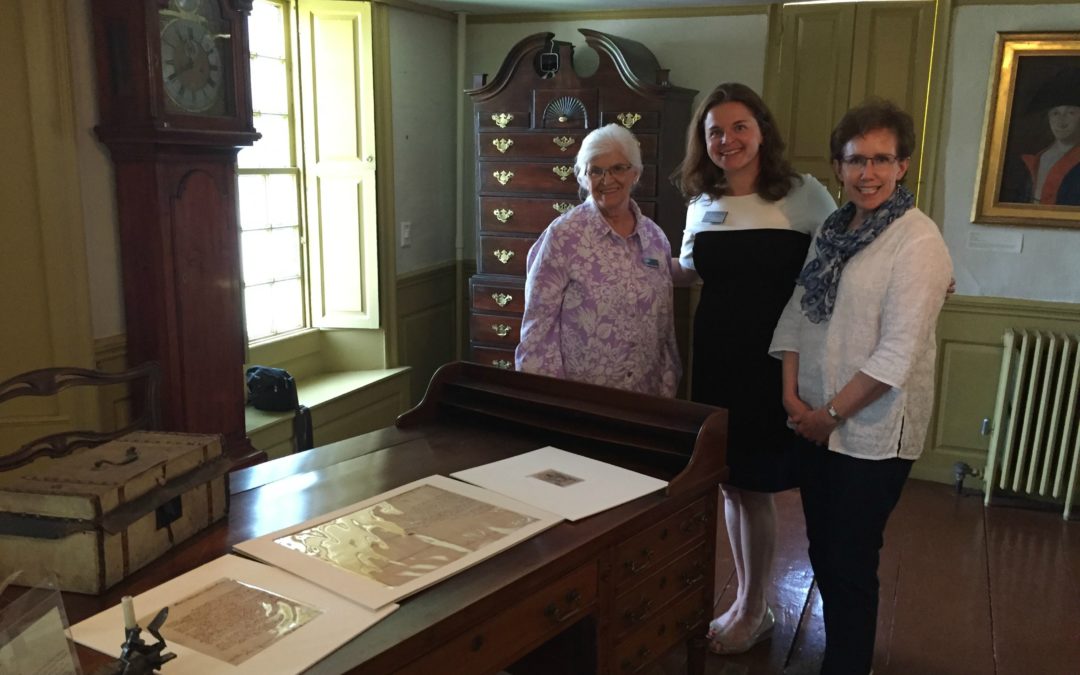 Featuring more than 2,000 items in its collection, the need to preserve them is critical, which makes the American Independence Museum’s recent $5,000 grant award so important. Granted by the National Society Daughters of the American Revolution (NSDAR), the award will enable the Museum to restore, digitize and safely house 4 rare historical artifacts as well as purchase materials required for new archival storage methods for hundreds of other items in the collection.

Museum Executive Director Julie Williams referred to the grant award as “an important piece to a long-term preservation plan.”

“With an eye toward future sustainability both in terms of our collection and the Museum itself, we need to take steps to ensure our artifacts may be enjoyed for future generations,” she said. “This grant award helps protect 4 key items in our collection and lay the groundwork for future projects—I cannot thank the National Society Daughters of the American Revolution enough.”

Susan O’Leary, immediate past regent for the Exeter DAR Chapter and current ambassador at the Museum, said she was honored to sponsor the Special Grants Application.

“Chapter recognition of the importance of the Museum’s two anchor properties, the Folsom Tavern and the Ladd-Gilman House, dates back to 1901 when our young chapter presented slate tablets to both to honor their significance to local and state history,” she said. “This grant will help assure that the Museum will educate and serve the region into the future.”

“These items are among some of the most significant in our collection,” added Williams. “They are delicate and require expert handling by outside consultants—it will be very exciting to see these items in all their restored glory.”

Learn more about the American Independence Museum at www.independencemuseum.org.