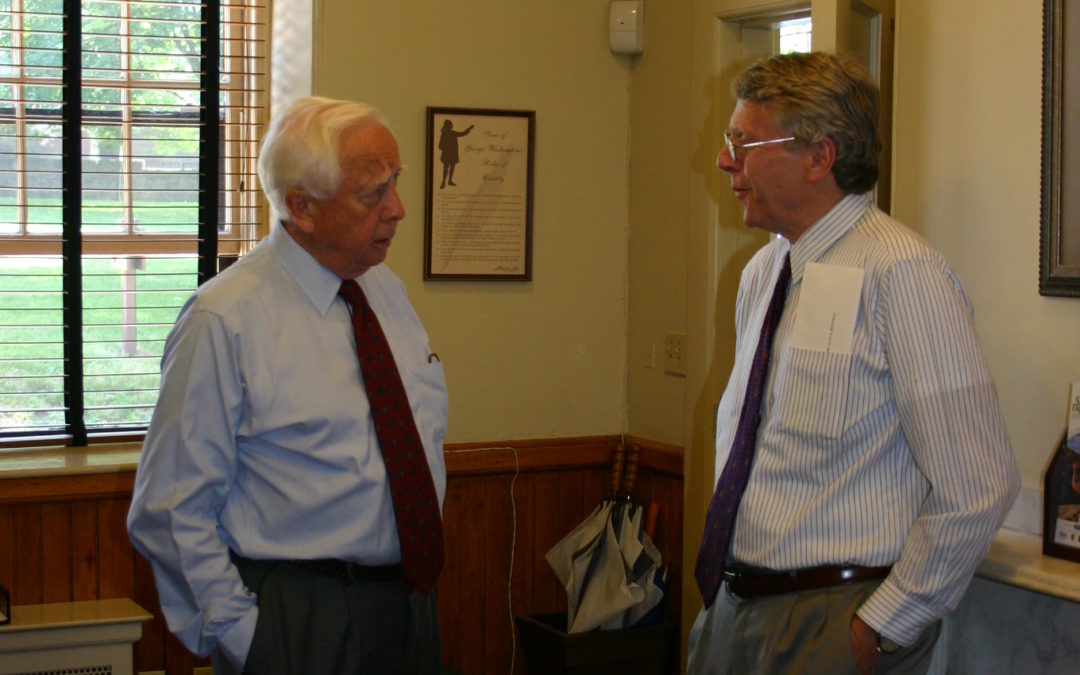 Founding partner in Lynch, Brewer, Hoffman & Fink, LLP, a Boston-based law firm, Alan Hoffman will speak on the role Lafayette played as a symbol of Franco-American friendship at the American Independence Museum’s next evening lecture on October 4. President of The American Friends of Lafayette as well as The Massachusetts Lafayette Society, Hoffman has also translated Lafayette in America in 1824 and 1825 by Auguste Levasseur.

In commenting on what attendees can expect at the lecture, Hoffman referenced Lin-Manuel Miranda, who wrote the following at the beginning of his song “Guns and Ships” in the hit, hip-hop Broadway musical Hamilton:

How does a ragtag volunteer army in need of a shower
Somehow defeat a global superpower?
How do we emerge victorious from the quagmire?
Leave the battlefield waving Betsy Ross’ flag higher?
Yo. Turns out we have a secret weapon!
An immigrant you know and love who’s unafraid to step in!
He’s constantly confusin’, confoundin’ the British henchmen
Ev’ryone give it up for America’s favorite fighting Frenchman!
Lafayette!

“Those words provide—albeit poetically—the backdrop for my discussion, which will cover Lafayette’s role in the Revolution and how he eventually became the most popular man in America,” said Hoffman. “It’s an interesting story that spans well over 200 years of history.”

Expressing excitement at his upcoming lecture, Museum Education manager Abigail Pietrantonio said the entire series has been “a resounding success” in 2016.

“Even though these are free lectures, I don’t think any of us thought they would command the sort of attention they have drawn,” she said. “Mr. Hoffman is well known for his expert knowledge on Lafayette, and so I expect a full house and lively discussions to follow.”

Aimée Sundstrom, marketing manager at Service Credit Union, a major Museum sponsor in 2016-2017, said the lecture series is important in that it sheds light on many facets of America’s revolutionary history.

“These lectures are great because they dig deep into aspects of American history that many people may not know about,” she said. “We are very impressed at the success of the series and look forward to Mr. Hoffman’s presentation.”

Scheduled for 7 pm on Tuesday, October 4 on the second floor of the Museum’s Folsom Tavern, 164 Water Street in Exeter, the Lecture is made possible by generous support from the New Hampshire Humanities Council.

Pre-registration is required for this free lecture. Please contact Abby Pietrantonio at apietrantonio@independencemuseum.org.