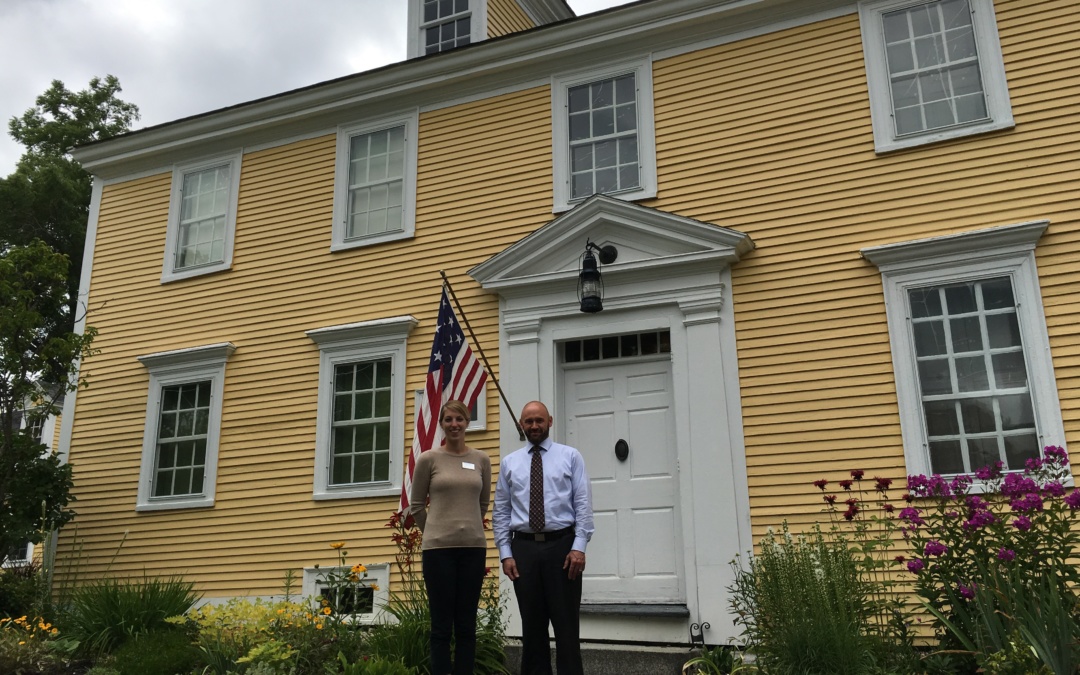 Education and community are very important to the American Independence Museum, which are values shared by People’s United Bank and the reason behind their recent $1,000 financial contribution to support its Educational Lecture Series.

Comprised of both “Lunch and Learn” and “Evening Tavern” Talks, the series features renowned historians and authors as they discuss unique topics that shed light on lesser known aspects of American history. The next talk in the free series (8/16) is “Collecting John Paul Jones: America’s First Action Hero,” presented by J. Dennis Robinson.

“Everyone knows his name, but few know the true story behind John Paul Jones,” said Events Manager Victoria Su. “What’s interesting is that America first rejected him, but then used his name and image to sell everything from whiskey and cigarettes and women’s clothing. His name and image were even used to recruit for the U.S. Navy.”

In commenting on why People’s United Bank elected to support the remaining lectures in the series, Marc Ouellette, Vice President and Senior Market Manager, cited their intent.

“Education is very important to us,” said Ouellette, who will provide prefatory remarks at each talk. “While our expertise is in financial education, education in its purest sense enhances a community and the lives of its residents…We believe in the museum and its overarching mission to inspire civic engagement.”

Expressing gratitude at the partnership with People’s United Bank, museum Executive Director Emma Bray said the series has been designed to engage people of all ages.

“These are short, informative, engaging talks,” she added. “We are really grateful to work with People’s United Bank to present the rest of this series.”

Remaining talks include: “When Shipping Was King: The Piscataqua Region in Colonial America” on September 21; “Secrets of the American Independence Museum: Collection Close-Up” on November 7; and “Your Most Important Role in a Democracy: Thinking for Yourself” on November 16.

Due to limited space, email vsu@independencemuseum.org to pre-register for a seat. There is no cost to attend these lectures.