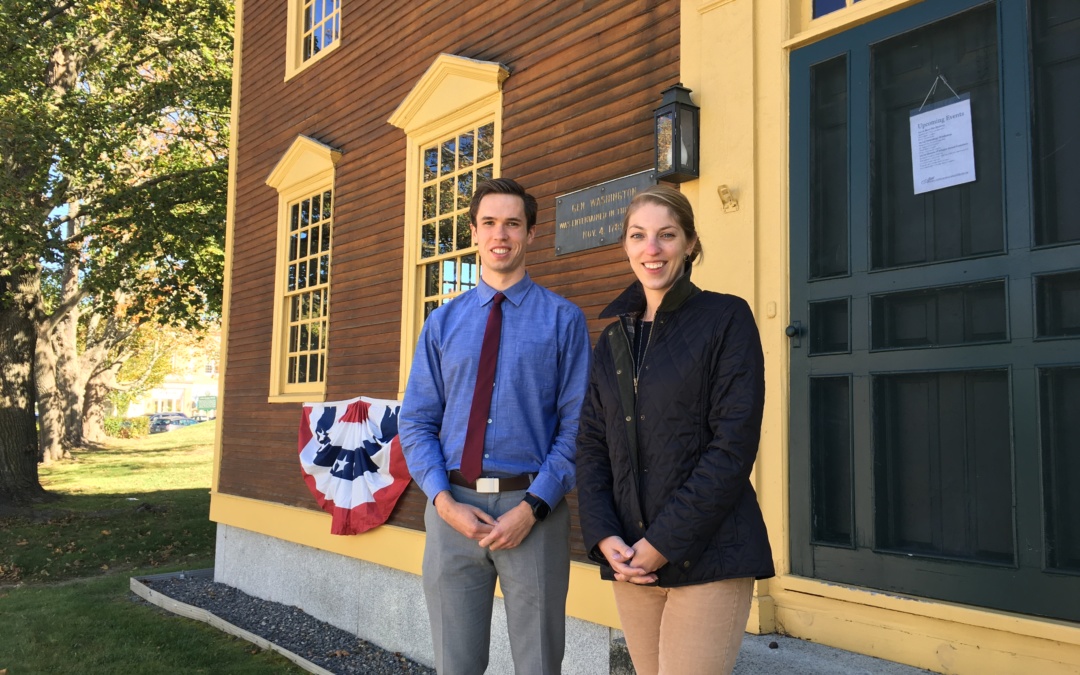 Part of the American Independence Museum in downtown Exeter, Folsom Tavern will welcome more than 100 visitors on December 1 at its Annual Holiday Celebration, which will be presented by The Provident Bank.

Featuring a silent auction, costumed re-enactors, live music and more, this year’s annual event kicks off a weekend in which the museum’s Folsom Tavern will remain open. The weekend’s festivities conclude on Sunday, as Folsom Tavern is part of Womenade of Greater Squamscott’s Holiday Home Tour for the first time.

“Folsom Tavern will be professionally decorated for the holidays—it will be stunning,” said museum Executive Director Emma Bray, who credited The Provident Bank’s support as “critical” to the weekend’s anticipated success.

“We are so grateful to partner with The Provident Bank to present a first-class holiday experience for visitors,” she added. “We look forward to exploring this partnership in the coming months.”

Will Waltrip, senior relationship manager at The Provident Bank, said he believes the museum’s educational programs enrich both local schools and inspire active citizenship. He said the museum reminds him of where he grew up as a child in Rowley, MA.

“The variety of programs that the American Independence Museum produces goes well beyond encouraging people to learn fun facts about American history,” he said. “They are urging locals to understand the historical value of their town and how investing in it can continue its rich history.”

For Bray, the value of their partnership extends well beyond that of a monetary exchange.

“Will has been to nearly every event we have hosted this year,” she said. “He and the bank have taken a meaningful look into what we are doing and have spoken with us at great length about our mission and vision here. Our strategies are aligned, which makes this partnership so special.”

Expressing enthusiasm at the partnership, Waltrip said their support of the museum reflects The Provident Bank’s overall giving strategy to help strengthen the communities served by their branches.

“By donating to the museum, it allows them to offer more programming and bring in more people to the Exeter community who will probably spend time shopping and eating in town…This contributes to the entire economic ecosystem.”

To learn more about the museum, or the upcoming event schedule, visit www.independencemuseum.org.