Museum takes visitors on a global journey in 2018 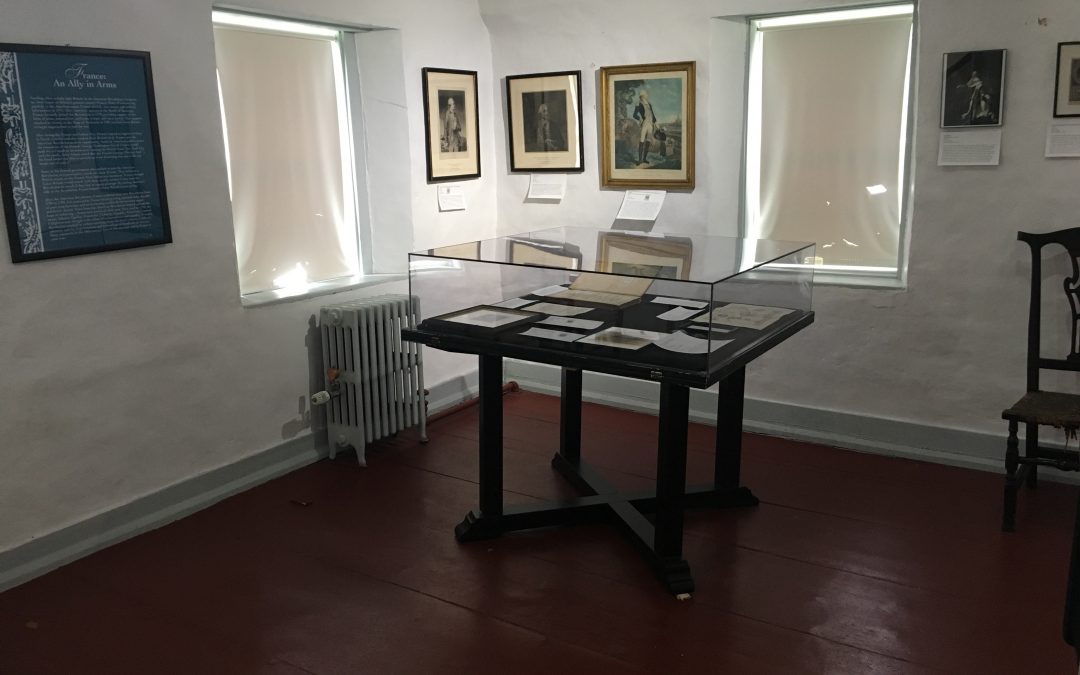 the American Independence Museum hosted its latest Lunch & Learn, entitled “Global Perspectives on the Revolution: The Exhibit Up-Close,” which took visitors on a global journey.

“The American Revolution was not just an isolated event in North America,” said Rachel Passannante, collections and visitor services manager. “It had worldwide implications.”

Presented in partnership with People’s United Bank as is the entire lecture series, the Lunch & Learn reflected the museum’s 2018 theme, termed “Global Perspectives on the Revolutionary War.” During this latest lecture, visitors had the opportunity to view this year’s special exhibit in the Ladd-Gilman House.

In conducting much of the research behind the exhibit, Passannante said she was excited to learn more about “the tangled web” of nations that took an interest in the Revolution. Some of these nations included France, Holy Roman Empire of the German Nation, Denmark, Spain and Russia. Even what is known as the Netherlands had a vested interest in the war.

“The Dutch were one of the few visible supporters of America’s fight for independence,” she said. “Known as the United Provinces at the time, they were the first to recognize America as a nation in 1776. They openly traded with America and sent thousands of ships carrying a variety of goods from their trading post on St. Eustatius in the West Indies.”

In helping frame the Revolution and its entire collection with a global context, Executive Director Emma Bray said the museum is able to demonstrate history’s relevance to discussions today.

The museum’s Lecture Series, which includes evening Tavern Talks and afternoon Lunch & Learns, is presented in partnership with People’s United Bank. Tavern Talks are additionally supported by a Humanities-To-Go grant from the NH Humanities Council.

The series is held in Folsom Tavern, 164 Water Street, Exeter, NH and is free and open to the public.
Founded in 1991, the American Independence Museum welcomes more than 5,500 visitors annually and distinguishes itself with educational school programs and events that make history fun and relevant.