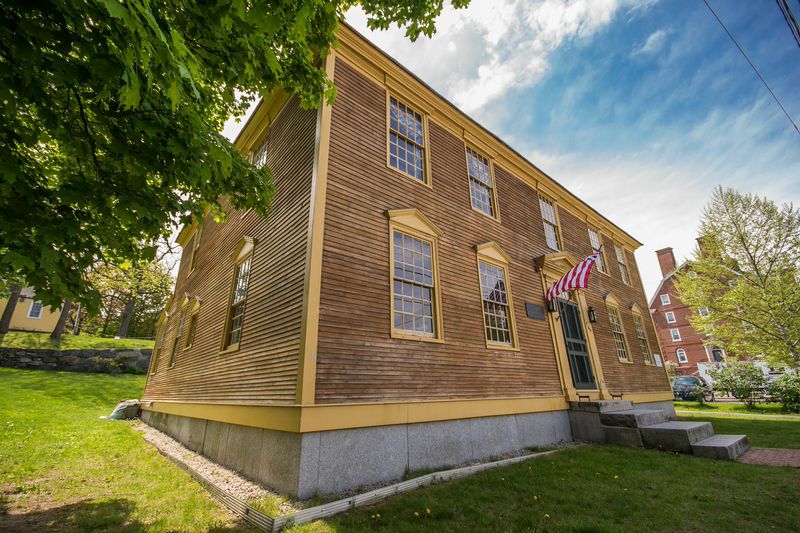 Although in a town as historic as Exeter (375+ years old), it is impossible to cover its entire history in one event, the American Independence Museum is trying to provide folks with a peek “behind the scenes.”

On Friday, August 24, the museum will host the third of four Architectural Tours this season. It will provide visitors with the opportunity to see areas of both 18th century buildings on the property that are not typically open to the public.

Among many interesting historical footnotes, the ca. 1721 Ladd-Gilman House was home to NH’s first Governor, John Taylor Gilman, who served in such capacity off and on for 14 years from 1794 to 1816. In 1985, a Dunlap Broadside, the first official printing of the Declaration of Independence, was re-discovered in its attic.

“The Ladd-Gilman House has been home to many interesting characters and events through the years,” noted museum Executive Director Emma Bray.

Originally built in the center of downtown Exeter where Me & Ollies exists today, the ca. 1775 Folsom Tavern is now “down the hill” from the Ladd-Gilman House and boasts a unique history of its own. In addition to where the New Hampshire Chapter of the Society of the Cincinnati was founded in 1783, Folsom Tavern welcomed George Washington in 1789 where he “partook in a collation” served by the Folsom family.

“The Society still owns our properties, so this tie to history is still evident today,” added Bray. “Folsom Tavern was undoubtedly a gathering spot for many, including politicians and soldiers, during the Revolution.”

During the Architectural Tour, visitors will learn how the two buildings have changed through the years, their decorative styles and architectural features. The tour takes place at 10:30 am on Friday, August 24.

Due to the historic nature of both buildings, they are not handicap accessible. Tickets are $10 for non-members and $5 for members.

Home to a world-class collection of 3,000 historic artifacts, the museum welcomes more than 5,000 visitors annually and distinguishes itself with educational school programs and events that make history fun and relevant.