von Trapp Brewing at Next Beer for History 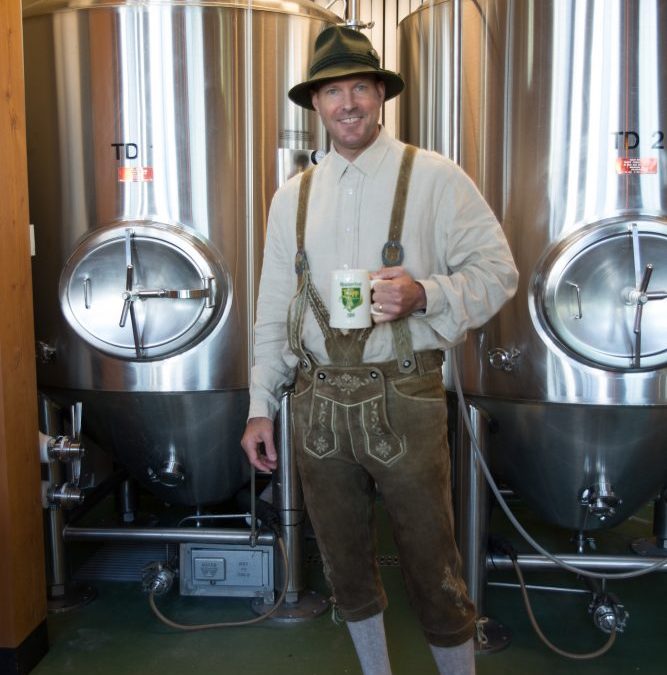 On Thursday, November 1, Sam von Trapp will be on hand to pour some of von Trapp Brewing’s award winning beer at the American Independence Museum’s final Beer for History in 2018.

Emma Bray, museum executive director, said this fourth and final event in the series may be its busiest.

“There is a lot of excitement around having Vermont’s von Trapp Brewing here,” she said. “This entire series has brought in some of the area’s finest brewers, so we are thrilled they accepted our invitation to join us.”

As for what may be “on tap” at the event, von Trapp Brewing is expected to bring their Helles, Pilsner, Vienna, Oktoberfest and Dunkel, which are available year round and represent some of their most popular brews.

Now in its third year, Beer for History is beginning to attract regional attention, according to Bray.

“Every event is family friendly, unique, lively–this series is becoming a destination for some,” she said. “I think Beer for History’s success also demonstrates the vibrancy of Exeter as a cultural destination.”

Proceeds from Beer for History benefit the American Independence Museum, which features Folsom Tavern (c.1775) and Ladd-Gilman House (c.1721). Home to a world-class collection of 3,000 historic artifacts, the museum welcomes more than 5,000 visitors annually and distinguishes itself with educational school programs and events that make history fun and relevant.

Admission for Beer for History events, which take place from 6 to 8 pm, is $15 for members and $20 for non members. Children’s tickets are also available. Beer for 21+ is included in the ticket price.