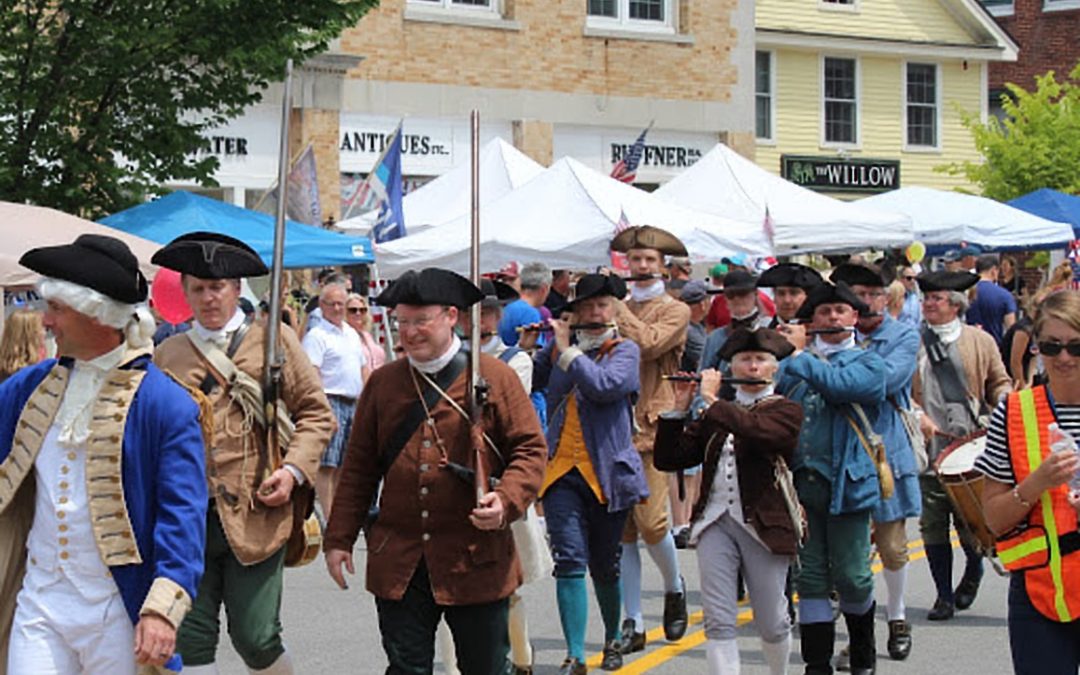 For many, history is a subject reserved for academic debates and classrooms, which could not be farther from what takes place at the American Independence Festival in Exeter every July.

Entering its 29th year, the American Independence Festival not only features classic festival elements — live music,  local food, games for kids, art and craft marketplace — but a living history experience for all ages.

“We have traditional artisans outside Folsom Tavern, built in 1775, and dozens of colonial re-enactors on Swasey Parkway and throughout historic downtown Exeter,” said Emma Bray of the American Independence Museum, which hosts the annual event. “It’s what you would expect at a festival, but with history mixed into it.”

The traditional artisan village is made possible by a grant from New Hampshire State Council on the Arts.

“From basket weavers to blacksmiths, shoemakers and more, our traditional artisans village has always been a hit with families,” added Bray. “These artisans demonstrate how our colonial ancestors made – by hand – the things that they needed for life in the 1700s.”

This year, the festival takes place on Saturday, July 13 in Exeter, NH from 10 am to 4 pm.

For the local business community, the yearly event is important on several fronts.

“It brings people into downtown Exeter, which features a downtown as vibrant and beautiful as you will find anywhere,” noted Florence Ruffner of Ruffner Real Estate, a longtime sponsor of the event.

Bob Mitchell, who sponsors the event through his two businesses, Historic Motor Sports and Mitchel & Monti, said he “loves the festival.”

“America was built by people who worked with their hands in ways that are being lost today,” he said. “If we can inspire a young person to just consider for a moment the ingenuity and creativity that went into how America was built, we just might have a future artisan.”

Other festival elements include a parade beer garden, Revolutionary War battle re-enactment,  and viewing of an original printed copy of the Declaration of Independence.

“It’s such a wonderful community event unique to Exeter, which has a history that rivals any town or city in New England,” said Bray. “The festival is history with an emphasis on fun, community, family…If you haven’t been to Exeter, this is one day you absolutely should visit.”

In total, more than 4,000 visitors are expected to attend the festival on Saturday, July 13 with proceeds to benefit educational programs and collections care at the museum, which features more than 3,000 items. Its collection includes one of only 26 surviving copies of the Dunlap Broadside of the Declaration of Independence and two rare drafts of the U.S. Constitution, both of which will be displayed at the festival.

Festival tickets are $10 for adults; $5 for ages 6 to 18; and free for children under 6, active and retired military, veterans, and Museum members.