von Trapp Brewing to kick off Beer for History 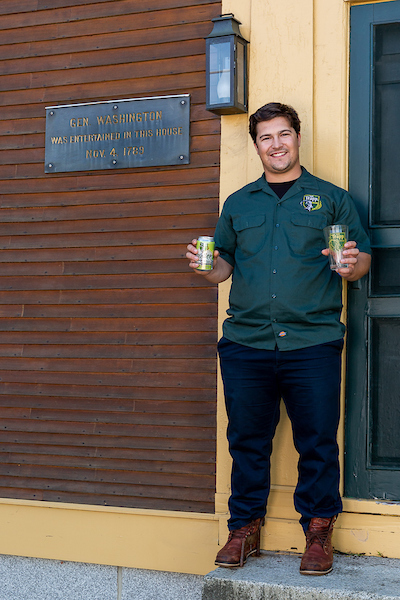 Held at Folsom Tavern, part of the American Independence Museum, Beer for History will continue every other Thursday from 6 to 8 pm through November 21 with a different brewer featured at each event. Other featured brewers include Sea Dog Brewing, Tilton Brothers Brewing, Throwback Brewery and Bad Lab.

As for what people can expect in terms of beer at the series’ first event, Ben Douglas of von Trapp Brewing, based in Stowe, VT, said they plan to bring their Helles, Oktoberfest and Dunkel.

“The drinkability and smoothness that lagers possess is what sets them apart from ales,” he said. “It’s a subtle difference that many craft drinkers don’t really know about, which is why I’m excited we can be at this event and introduce people to our lagers.”

“In order to make a good beer, you have to care about its history and what came before it,” said von Trapp, whose family inspired the movie, The Sound of Music, with Julie Andrews. “That is what makes this series so interesting, because it places our beer in a fun and broader historical context.”

“Beer for History is an entry point into the museum’s fascinating history,” she said. “Folsom Tavern once hosted George Washington, so it is fun and meaningful to enjoy a pint in the same room where he did, too.”

At each event, guests can meet and talk with the brewers, sample their beers, hear live colonial music, play colonial-inspired games and more.

Tickets for each event are $15 for members and $20 for non-members. Series tickets are $60 and $80 for members and nonmembers, respectively, while youth (under 21) are $3. Ticket prices include beer (21+), entertainment, light snacks from Sea Dog Brewing and more.

To purchase tickets, or learn more about Beer for History, visit independencemuseum.org.