The Folsom Tavern was built by Colonel Samuel Folsom in 1775 in the center of downtown Exeter, where Me and Ollie’s is today.  Taverns often were converted private homes, but Samuel constructed his building to be a centerpiece of the town, with high ceilings, large windows, and elegant details.  Located in the center of town at the start of the American Revolution, it is no doubt that Samuel’s tavern played a major role in hosting government meetings and visiting politicians. 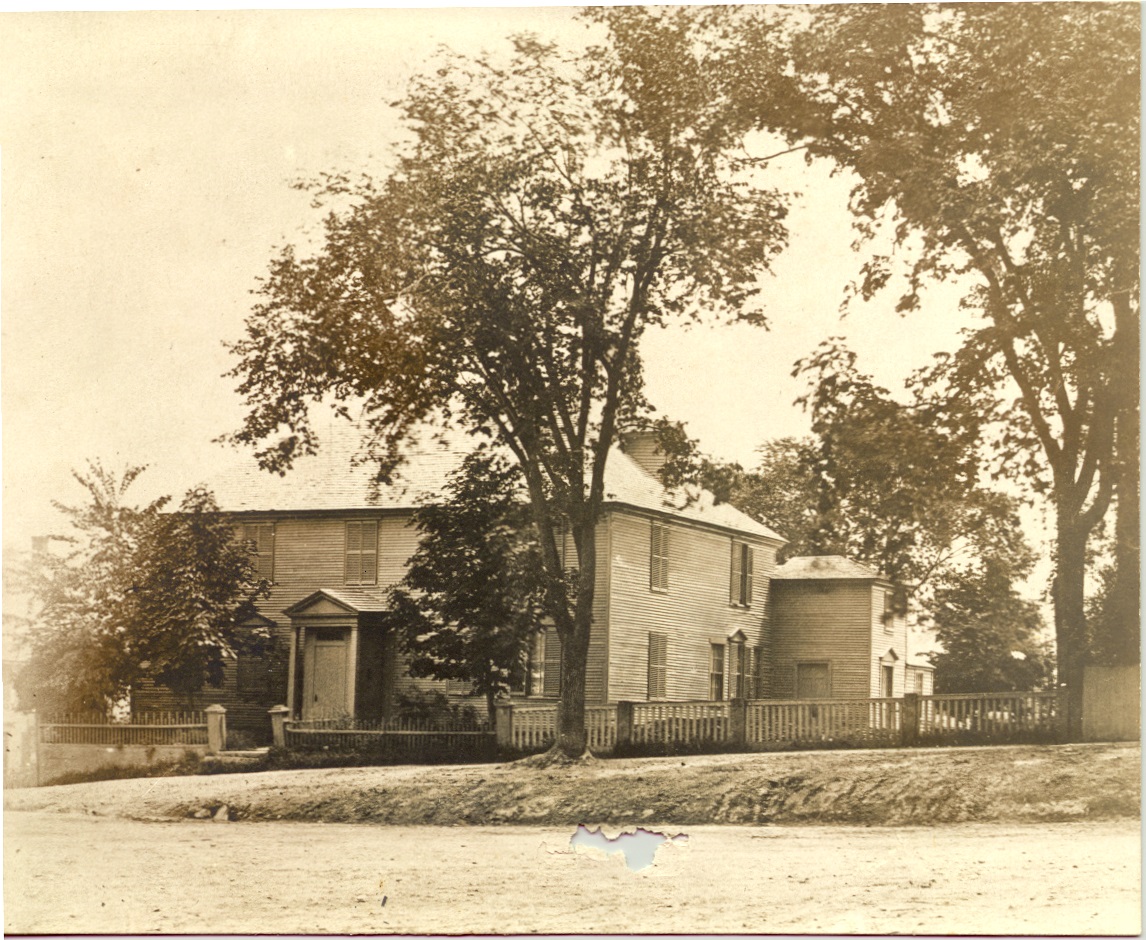 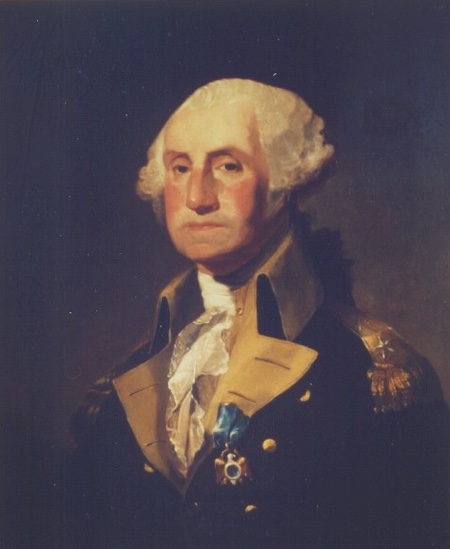 It was here at Folsom Tavern that the New Hampshire Chapter of the Society of the Cincinnati was founded in 1783.  Founding members and important statesmen, including John Sullivan, Nicholas Gilman, Jr., and Daniel Gookin, met regularly until 1791.  When President George Washington, shortly after his election to office, was making his tour of the northern states in 1789, he stopped here in Exeter early in the morning on November 4th.  He came through town and stopped at Folsom Tavern where he “partook in a collation” served by the Folsom family.

Samuel Folsom passed away in 1790 and left the tavern to his wife Elizabeth and three daughters Anna, Betsy, and Joanna.  They continued to run the Tavern, now known as Widow Folsom’s Tavern, until Elizabeth’s death in 1805.  After her death, her daughters did not use the building as a Tavern, but, at various times, lived in the building while renting out other rooms to tenants.  In 1856, the two remaining daughter, Betsy and Joanna, sold the Tavern to George Washington Dearborn.

The Tavern’s Many Moves

It was during George Washington Dearborn’s occupation that the Tavern made its first of three moves.  Front Street was to be widened to accommodate a trolley system and the Tavern was moved back to make room and placed on a high foundation.  Dearborn used this new basement for a curiosity shop and museum of antiquities.  After his death in 1896, he gave the building to his acquaintance Elizabeth Ewer.  She, along with renting the building to tenants, rented the basement space to a Chinese laundromat, wait station for the trolley, and the restaurant Washington’s Lunch.
In 1909 Elizabeth Ewer sold the Folsom Tavern to John Scammon and in 1929 Scammon sold the property to Stanford Oil Company, who slated the Tavern for demolition to make way for a gas station.  Protests by Dr. Edward Otis on the loss of such a building led Scammon to sell it to the Society of the Cincinnati who, in the same year, move the Tavern to their property alongside the Ladd-Gilman House where our Spring Street parking long is currently located.  The Tavern sat vacant until 1947 when Foster and Martha Stearns occupied the building who offered to renovate and caring for the home in exchange for free rent.  They worked to remove 1860s decorative features while making it a livable space, adding modern bathrooms and a modern kitchen.  After the Stearns moved out in 1957, the Soicety leased the Tavern to Philips Exeter Academy to house their faculty. 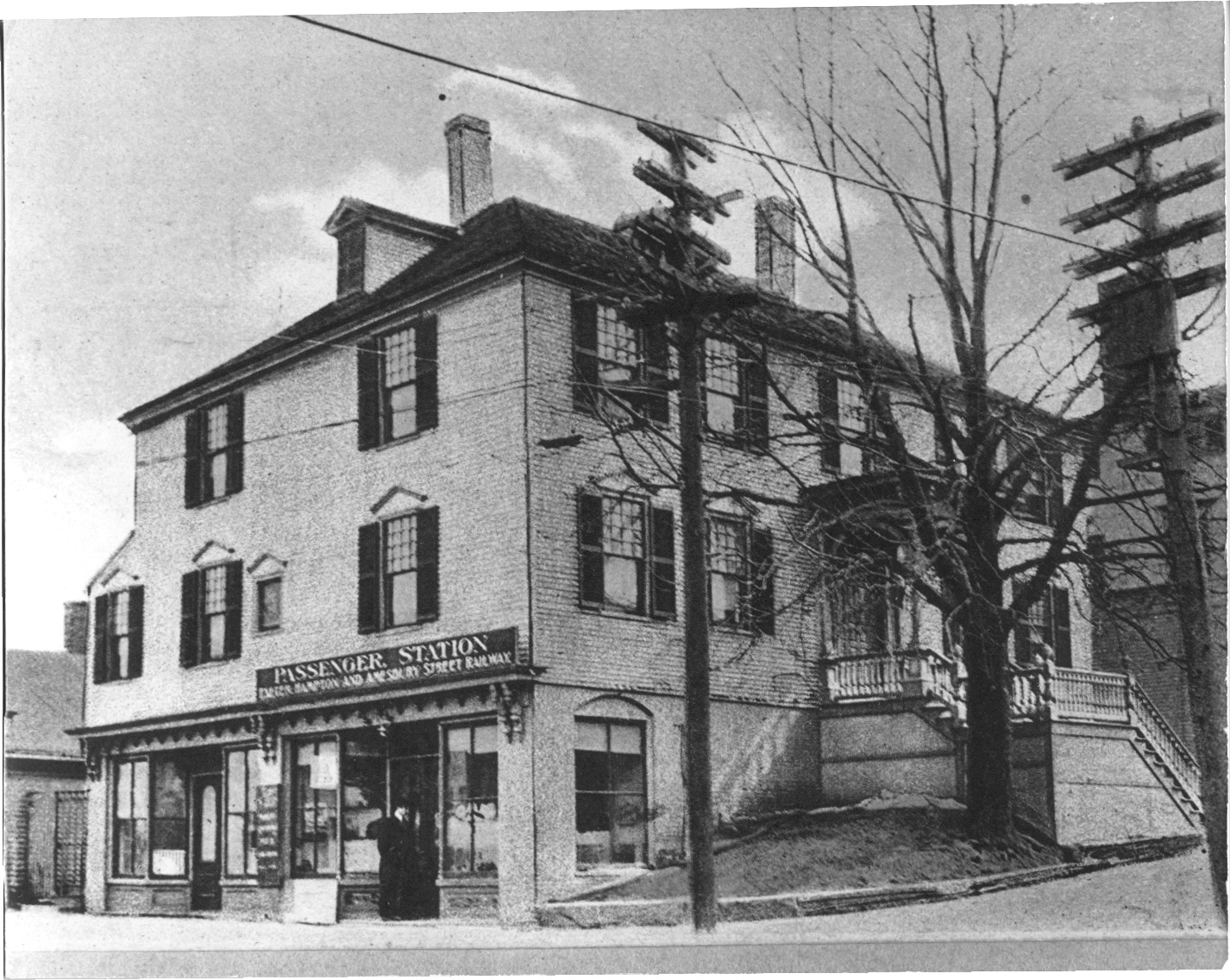 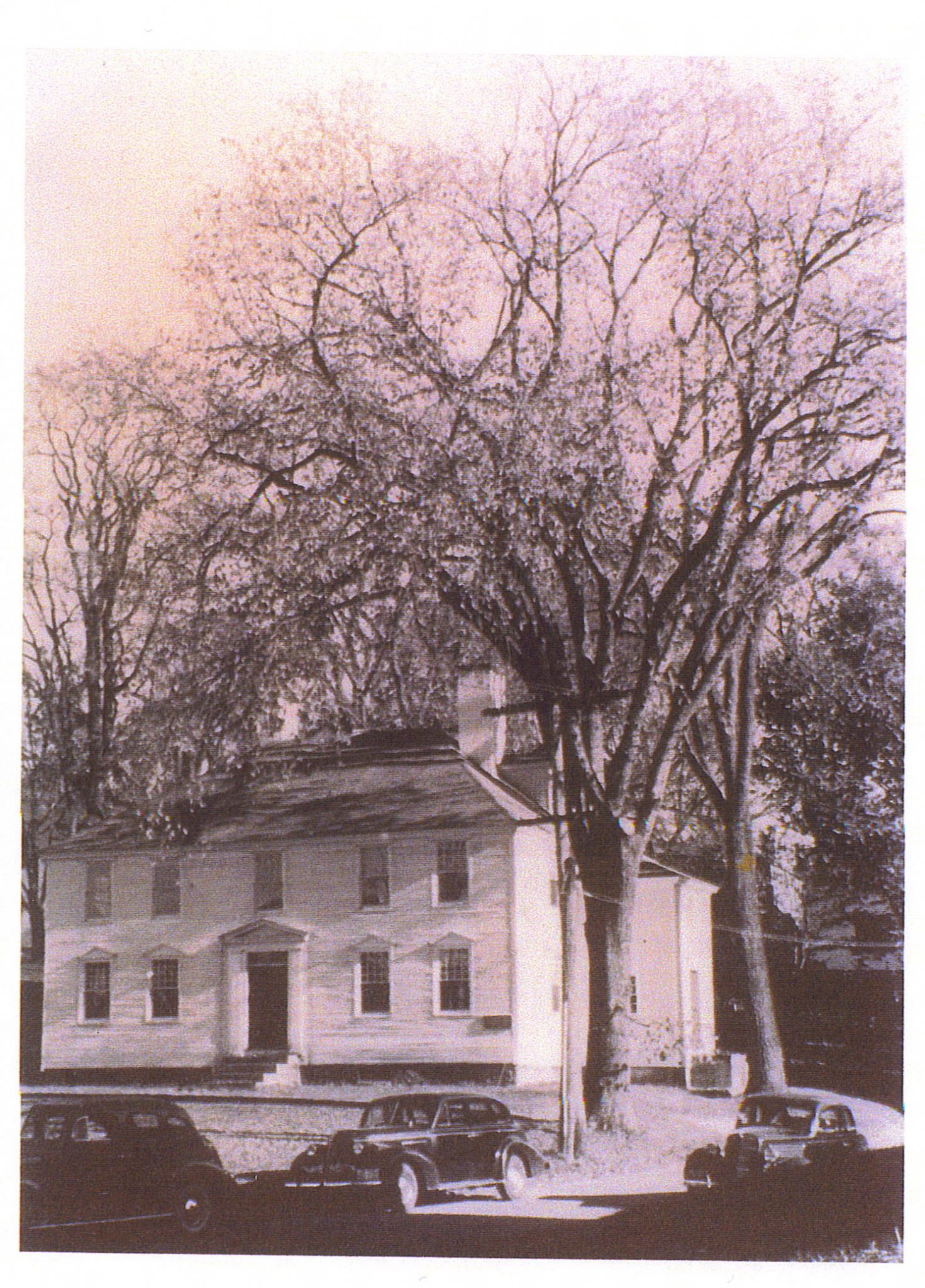 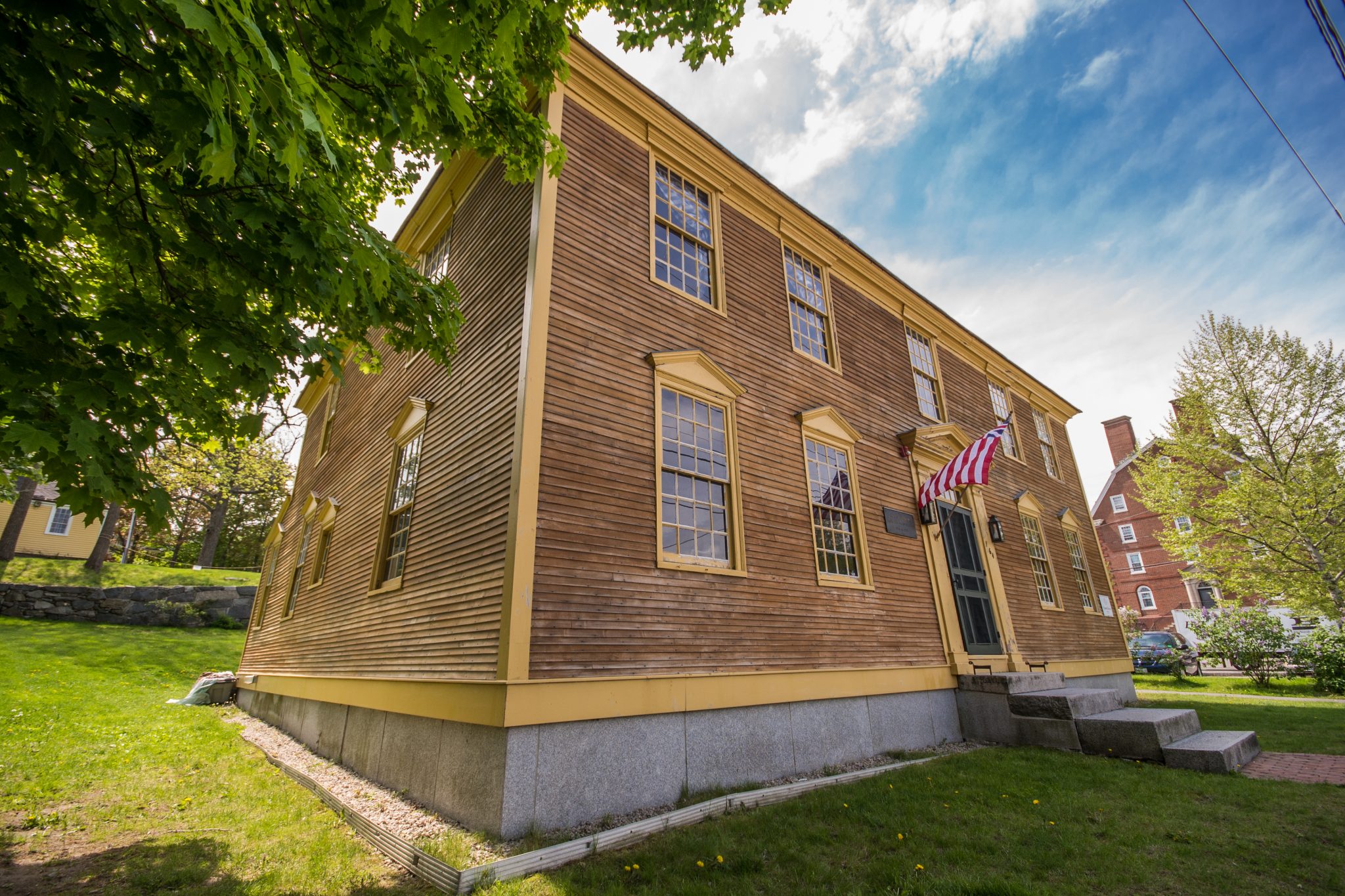 In 2004, the Folsom Tavern made is last move to its current location, facing Water Street, and in 2007 was refurbished, bringing it as close as possible to what it would have looked like as its use as a Tavern in 1775.  It now serves as a place for tours, a meeting place, and event space for the American Independence Museum.