As the old saying goes, ‘good things come in small packages’.  Imagine opening an old, but otherwise ordinary-looking book to find that it was once owned by a United States president!  Yes, our Museum has a link to our 6th President, John Quincy Adams in the form of a tiny Latin textbook – only 2.5″x4.5″, with J.Q. Adams written on the title page.  Studying the tiny print by candlelight must have been a challenge.

It was published in 1766, the year before he was born, but might have been used in his studies at Harvard.  He graduated in 1787.  On the first page is written that it was “given by his senior John Q Adams to James Sullivan” and dated April 1787.  It is unknown why Adams gave the book to James Sullivan.  It comes to our museum from James’ descendent, Lynde Sullivan.  Because of its age and fragility, it is not currently on display. 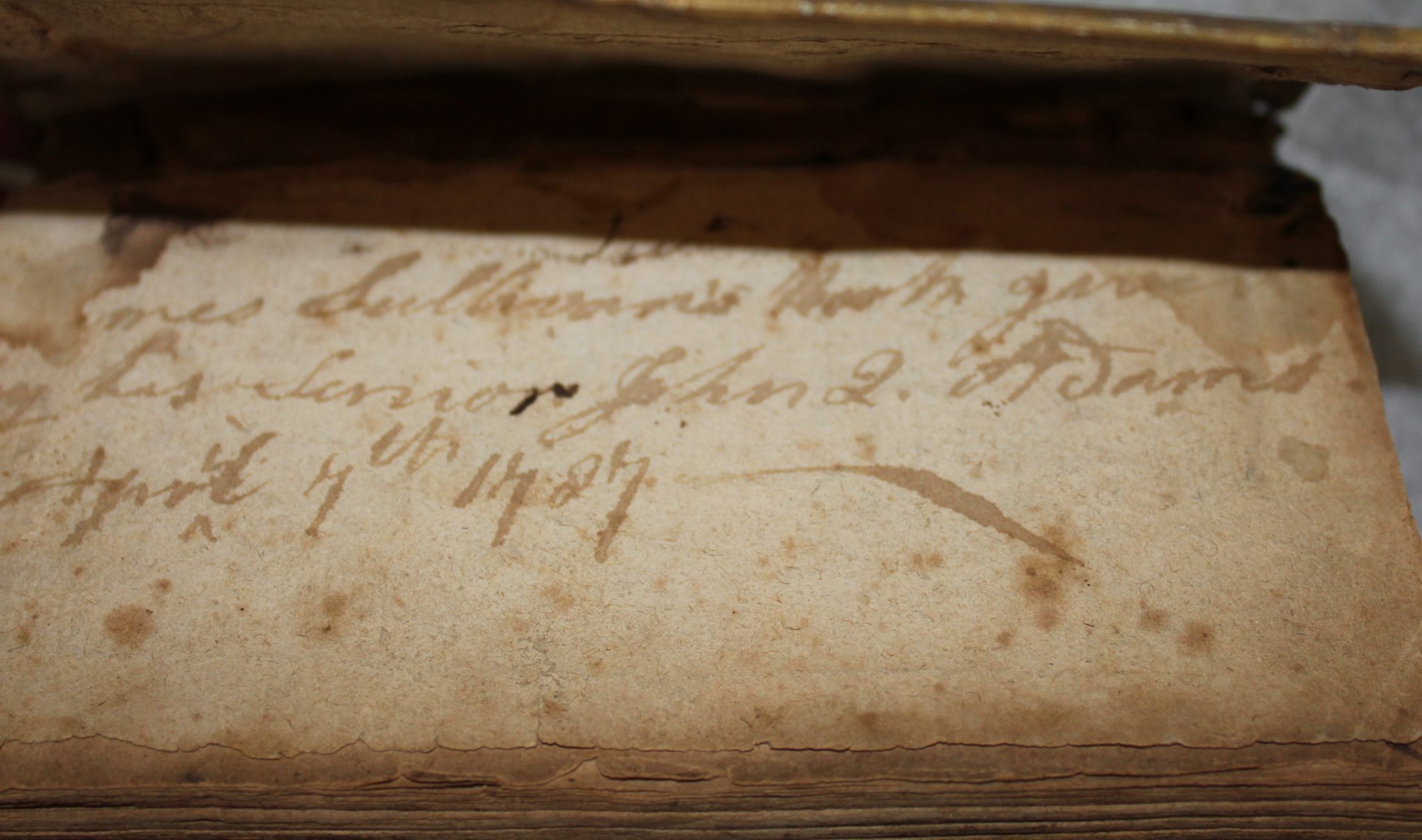 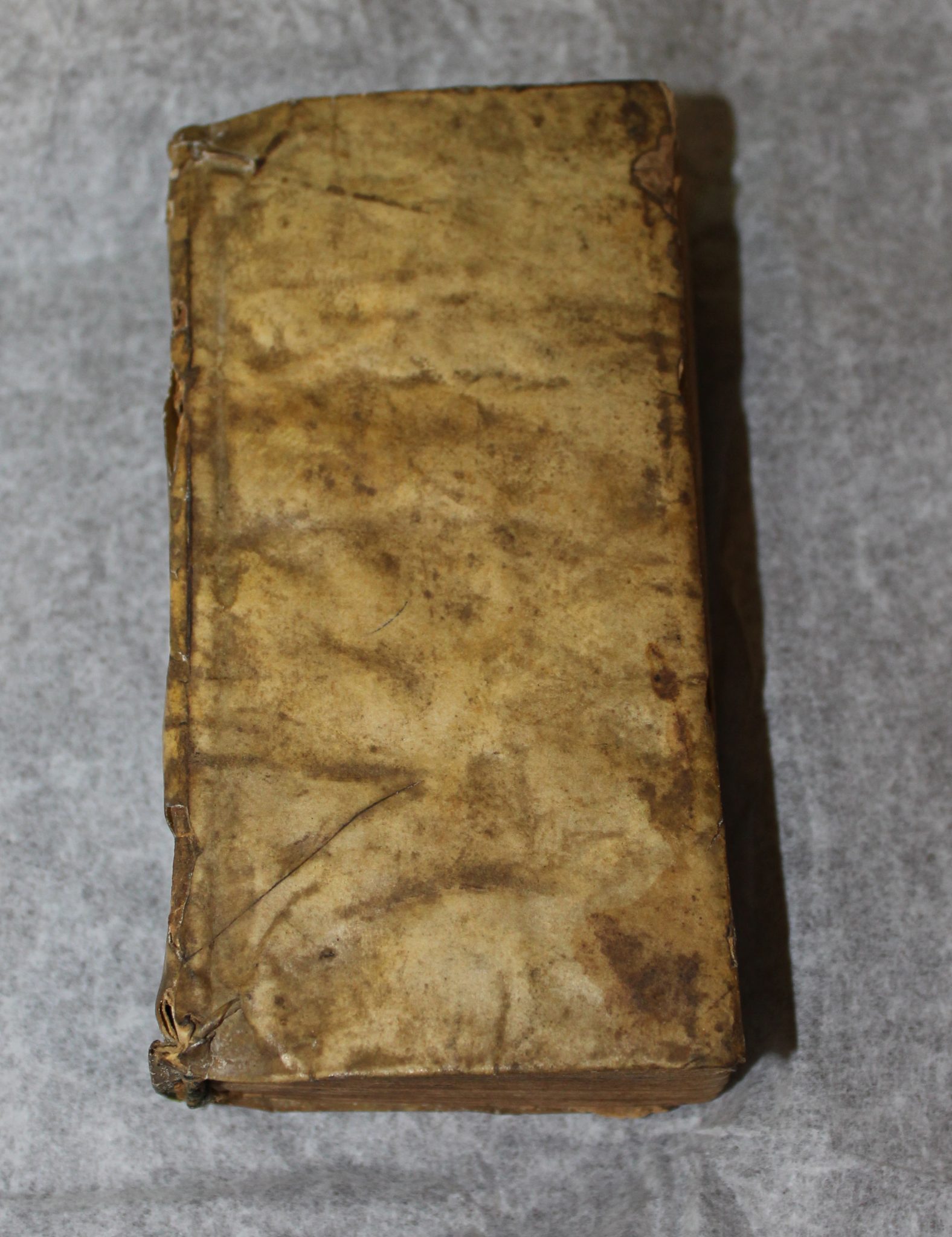 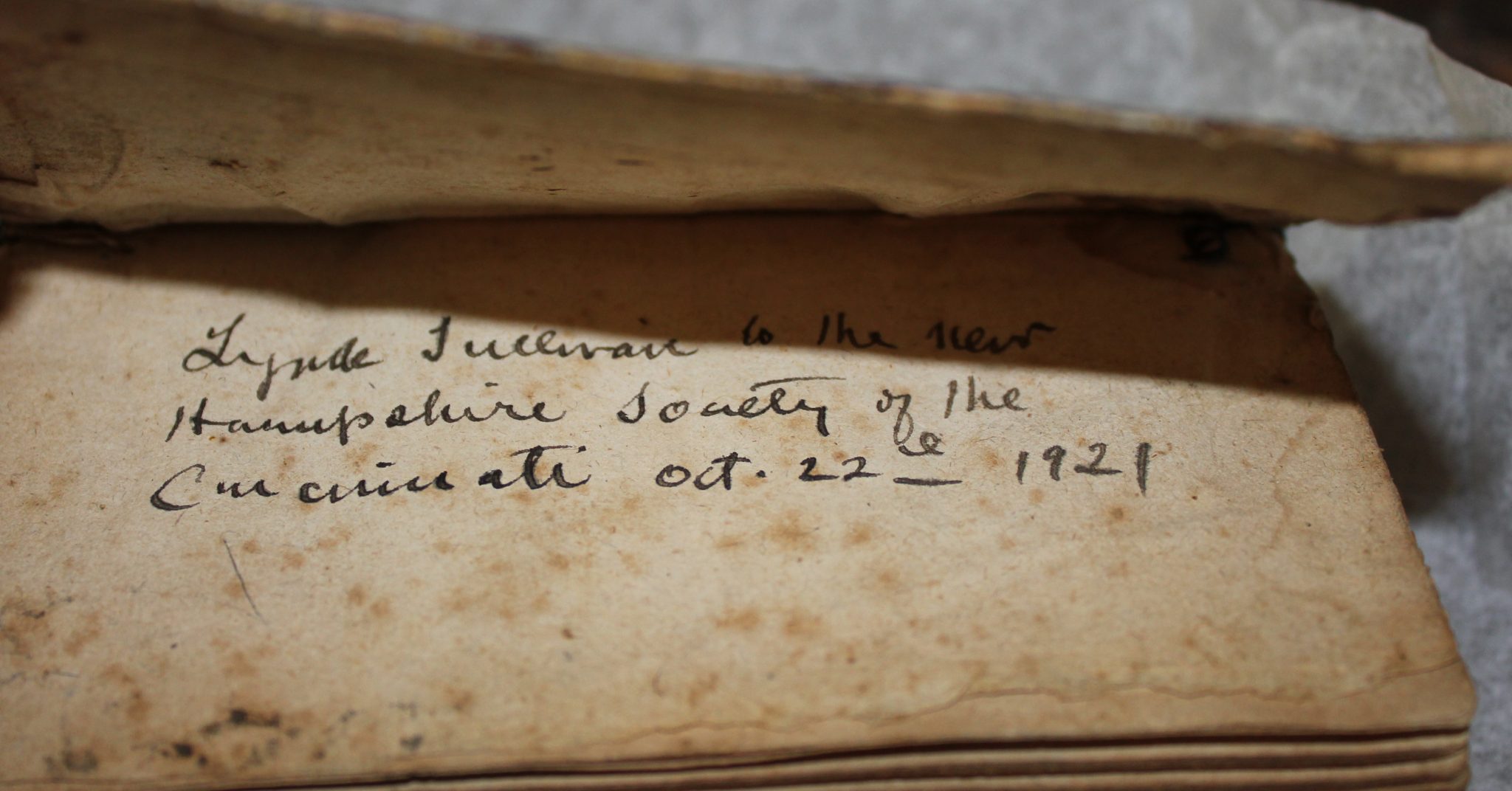 What is John Quincy Adams’ Book?

This book is titled ‘De Officiis Libri Tres’, which translates to ‘Three Duties’.  Our small book contains three essays, written by Marcus Tullius Cicero.  Cicero was a Roman, born in 106 B.C and died in 43 B.C.  He came from a wealthy family and was a well known philosopher, politician, lawyer, and orator.  He wrote these essays, just after the assassination of Caesar, as a guide to and reflection on aging, death, morals, and behaviors.  Originally, Cicero wrote these essays as a letter to his son in 44 B.C, which was published after his death a year later.

Cicero’s essays were influential during the Age of Enlightenment, which spans from the late 1600s to the early 1800s.  During this period, philosophy, politics, and liberty became the focus of many European countries, as well as the United States.  These essays influenced people such as John Locke and David Hume and were standard reading in the 1600s for English schoolchildren.  ‘De Officiis Libri Tres’ was known to be a favorite of John Quincy Adams and was very possibly a great influence throughout his life and his presidency. 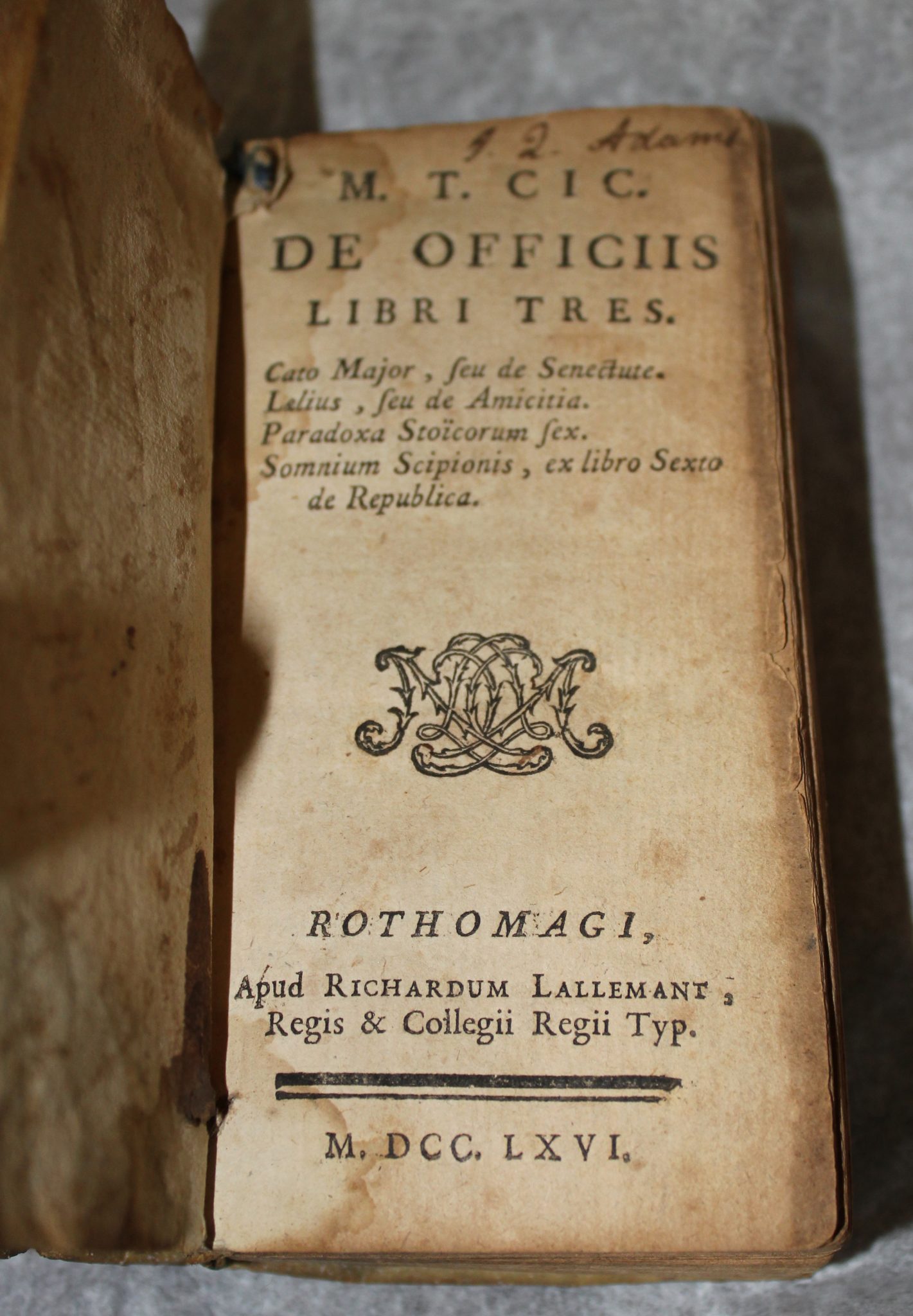 Latin was used as the language of international communication, scholarship, and science well into the 18th century, when local languages became increasingly important.  So where does Latin fit in the 21st century?

“Latin cuts down the labor and pains of learning almost any other subject by at least 50 percent’ says Dorothy Sayers in the National Review.  Other sources claim that learning Latin helps improve SAT scores.

In the United Kingdom, the adventures of Minimus – ‘the mouse that made Latin cool’ – are proving popular with young children.  More can be found about him at Minimus’ website and he can be followed on Facebook, too.

Adams was a leading opponent of slavery.  He successfully argued the Amistad case, on behalf of 53 Africans held as slaves who mutinied against their Spanish captors.  To read more about his trial and the outcome, please visit The National Archives and History.com

Steven Spielberg made a film in 1997 about the Amistad case.  To read more about the movie and how it tells the story of the slaves aboard the Amistad, please visit the American Studies Journal to learn about the importance of the movie.

Adams was key to ensuring that a legacy from the Englishman James Smithson, donated to establish an education instutition in Washington D.C., was used to create the Smithsonian Institute, which is now one of the world’s biggest museum and research complex.  To learn more about the origins of the Smithsonian, please visit their website.