By Baron De Steuben, late Major General and Inspector General of the Army of the Unites States

What Makes this Book Unique? 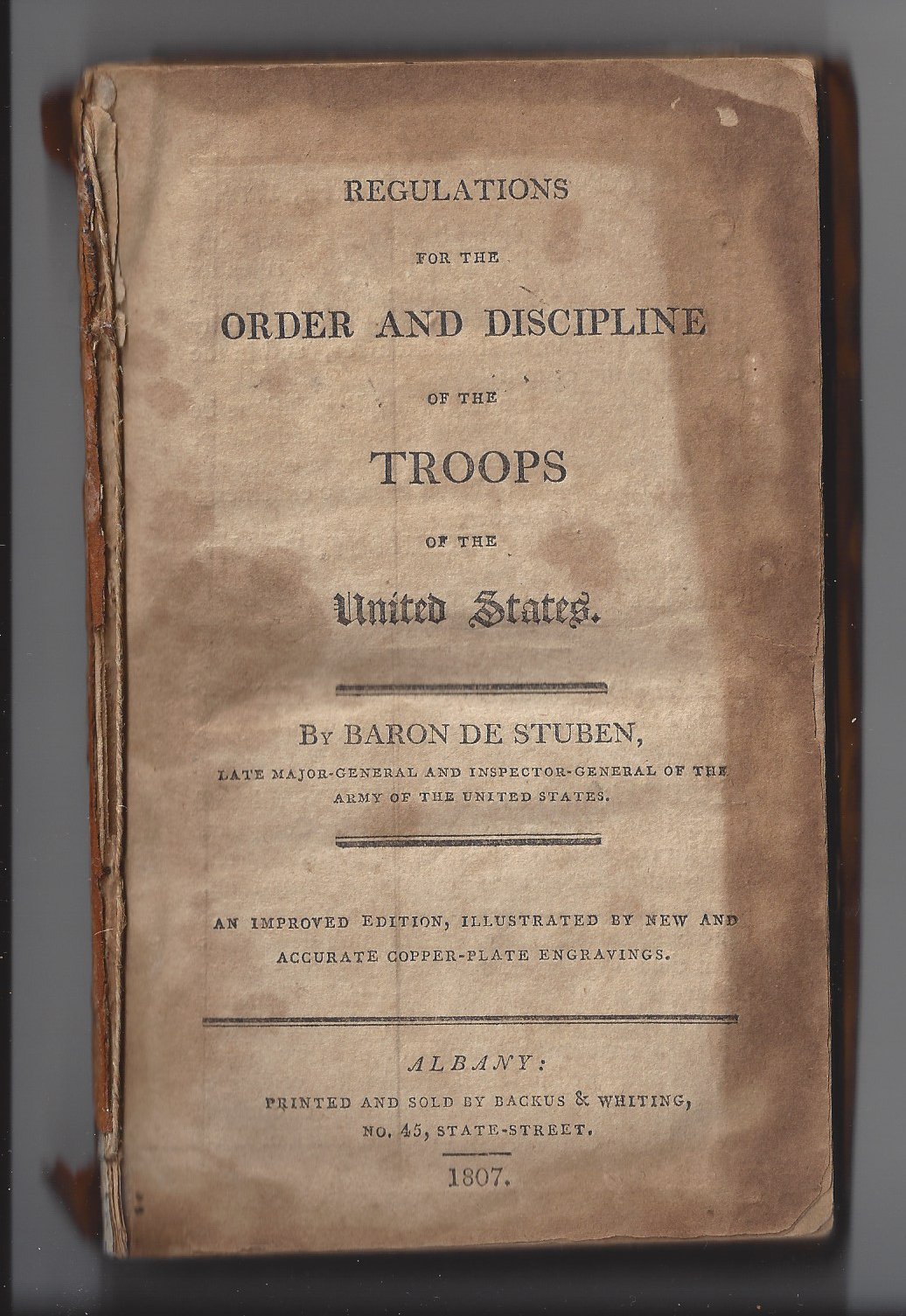 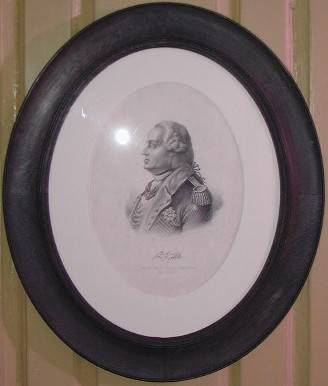 The story of our book begins with von Steuben’s arrival at Valley Forge in February 1778. He greatly impressed General Washington, who appointed him temporary Inspector General. The United States Congress appointed him Inspector General on May 6 1778 – the same day on which news of the alliance with France was celebrated.  Find out more about him on the Valley Forge National Park website and at Mount Vernon in Virginia.

The book was written in 1778/79, originally in French and was translated into English.  On March 29, 1779 Congress ordered the Regulations to be “observed by all Troops of the United States, and that all general and other Officers cause the same to be executed with all possible exactness, By Order, John Jay, President”.

He began with ‘train the trainers’ Revolutionary style – von Steuben formed a model company of 120 men from different regiments.  They were originally an honor guard for General Washington, but in fact they were a way for von Steuben to demonstrate his methods and their effectiveness. 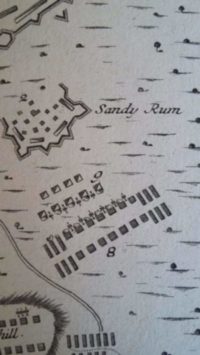 German map of an American encampment, circa 1780.  From the American Independence Museum’s Collection 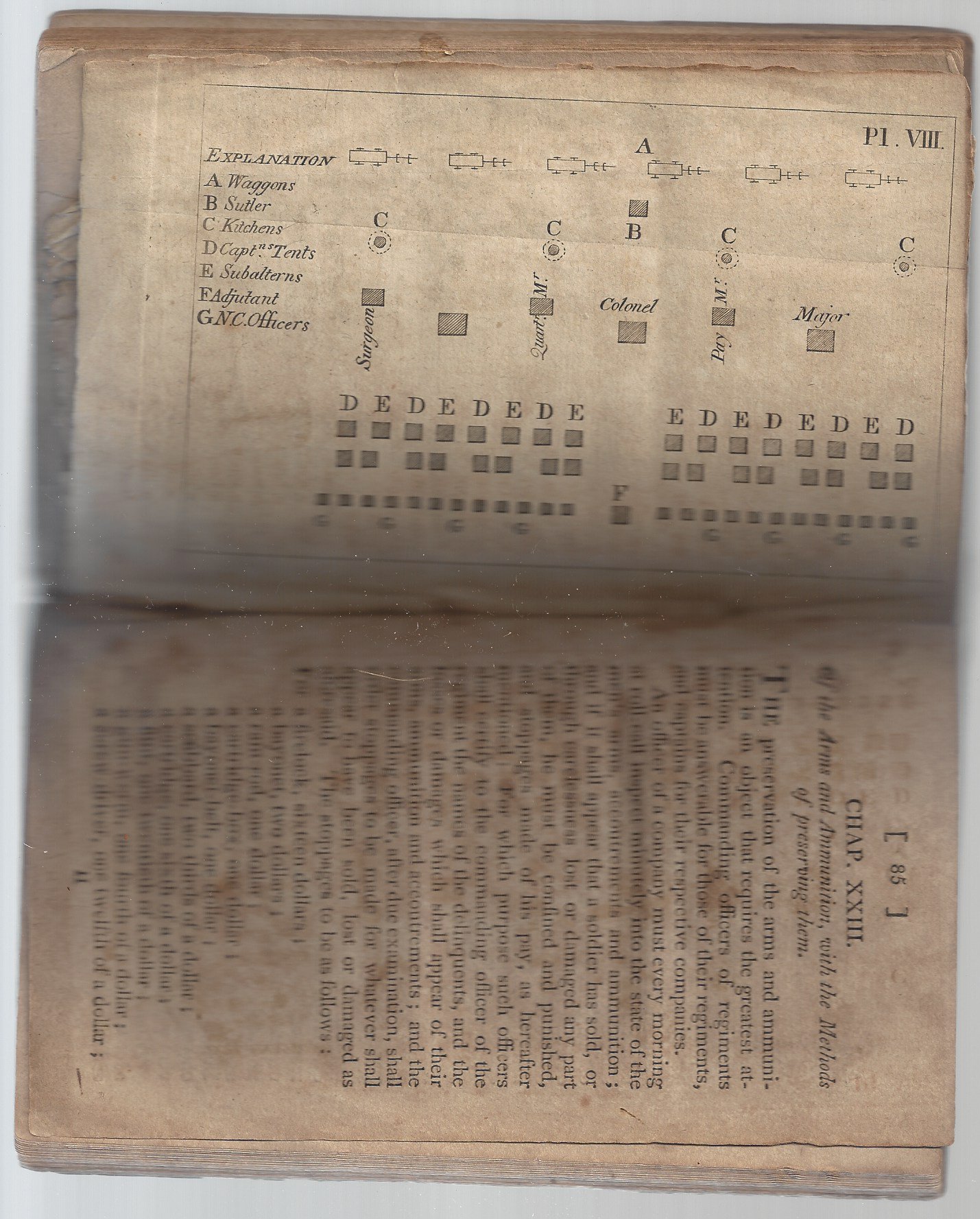 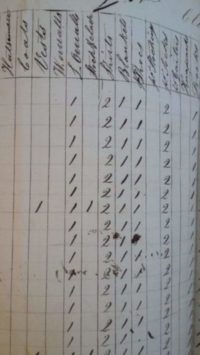 List of soldier’s supplies, circa 1812.  From the Gookin Family Papers, American Independence Museum

Many of von Steuben’s writings are used in the manuals used by the United States military today.  These include the FM 3-21.5 Drill and Ceremony.  This drill is primarily used by a commander to move their unit from one place to another in an quick and orderly manner, changing of the guard, and conduct for visiting dignitaries.  It also includes methods for instructing drill, teaching techniques, and instructions for those giving commands.

Our volume is on display, but is extremely fragile.  You can look at the entirety of the first edition online by clicking this link to the Library of Congress.

Duckster’s is a great website for children, containing information on the Revolutionary War.  Visit their website by clicking here.

Civil War Trust has a video presentation about the Battle at Valley Forge, which goes into the struggles, reorganization, and training that occurred on the Patriot side.  This video be watched here.