To Commemorate the centenary of the United States entry into World War I, this page has been created to showcase Brigadier General Williams E. Horton and a selection of the medals awarded to him for his services during the war.  You may find the entire collection in our Fogg Room on the second floor of the Museum.

He was admitted to membership of the Society of the Cincinnati of New Hampshire in 1925, prior to his promotion to the rank of Brigadier General.  His military career saw him cited for gallantry at the Battle of San Juan Hill; commended for completing Fort McKinley; and awarded the Army’s Distinguished Service Medal for his services as Chief Quartermaster, Advance section, based in France from 1918 to 1920.  He received a total of 39 medals for his services at home and abroad.

When you have finished exploring the life and times of Brigadier General Horton, check out the Hidden Gem’s page for one of his predecessors Revolutionary War Quartermaster General Timothy Pickering who is also part of our story!

Brigadier General William E. Horton was born on June 28, 1868 in Washington, D.C. The son of a Civil War veteran who joined the Regular Army at the end of the war, it is no surprise that he was a member of the Washington High School Cadet Battalion in his youth (he marched with his battalion in the 1885 Inauguration Parade of Grover Cleveland.). He graduated from Georgetown University in 1892 with a Bachelor of Laws Degree. He received his Master of Laws Degree the following year. For the next five years he practiced law in Washington, DC.

Beginnings of a Military Career

Even before he finished law school, he was a member of the District of Columbia National Guard serving as a company commander and then as the aide to the Commanding General of the National Guard, District of Columbia for 7 and a half years. When the War with Spain broke out in 1898 Horton mobilized with the District of Columbia National Guard and was assigned first as the Adjutant for the 1st D.C. Volunteer Infantry and subsequently as the Assistant Adjutant of the 1st Brigade, 2nd Division. It was in this position that he deployed to Cuba and cited for gallantry during the decisive Battle of San Juan Hill. Of the five officers on the staff of the 1st Brigade, two were killed and two were wounded. Only Horton came through unscathed. Read his own account “The Battle of San Juan” here. 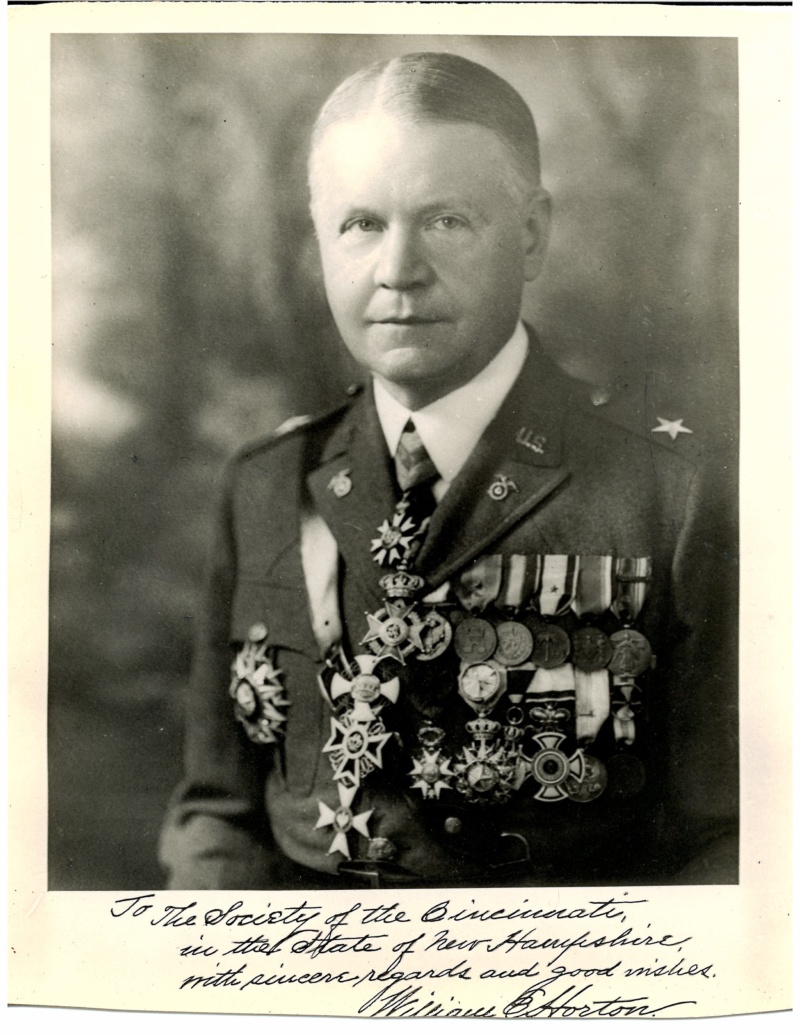 The war with Spain over, in 1899 Horton was sent to the Philippines as a Quartermaster officer. The U.S. Army was fighting against Filipinos who objected to the terms of the Treaty of Paris under which the United States took possession of the Philippines from Spain. On December 3rd, Horton was again cited for gallantry for his actions repulsing an attack on a wagon train he commanded.   In 1901 Horton was decorated by France for recovering the body of a prominent French merchant who was murdered while working to seek the release of Spanish prisoners of Aguinaldo who were still being held over 2 years after the end of the war. Read this contemporary press report from the Evening Star and find out why Horton was described as “one of the most distinguished of the American Army.” Later Horton was commended for completing the construction of Fort McKinley, at that time the largest post in the Army. It was a project his predecessors had failed to finish.

Horton returned to Cuba as the Assistant to the Chief Quartermaster, Army of Cuban Pacification during 1906 and 1907. After several other postings, Horton took over the role of Assistant to the Quartermaster General of the Army for Supplies early in 1917. After equipping the Army to go to war in France, in 1918 he went there to become the Chief Quartermaster Advance Section serving all American units in the front lines as a Colonel. For this outstanding service Horton was awarded the Army’s Distinguished Service Medal.

Horton returned to the United States in 1920 serving in a wide range of Quartermaster positions. In 1927, he was promoted to the rank of Brigadier General and made an assistant to the Quartermaster General. In this position, he was responsible for improvements to Arlington National Cemetery. He retired from the Army in 1929 and returned to the practice of law. From 1930 to 1932 he was an assistant to the American Commissioner General at the Colonial Exposition held at Paris, France. The Washington Post reports his presentation back in the US on America’s contribution to the Exposition. He continued to be in demand as a guest at Diplomatic Corps events.

Horton was active in many organizations such as the Society of the Cincinnati in the State of New Hampshire, the Society of Colonial Wars, and the Military Order of the Carabao. He died on September 13th, 1935 and was buried in Arlington National Cemetery next to his parents. This photo of his gravestone, listing his many military honors, was posted to the find-a-grave website.

William Horton’s name continues to be honored. The District of Columbia National Guard has established the Brigadier General William E. Horton Award for the most outstanding commander of the year. One recipient is Dr. (formerly Army Major) Hyo J. Cho, currently Assistant Executive Officer at the National Guard Bureau and an online instructor for Southern New Hampshire University.

William E. Horton was a member of the Society of the Cincinnati from 1925 until his death in 1935.  Throughout his decades of military career as well as after his retirement, Horton was awarded a total of 39 medals for his service at home and abroad.  His medals span a range of service, starting with the Spanish American War through World War I.

Out of the 39 medals, four have been selected and described in detail below.  These medals represent World War I in commemoration of the centenary of the United States entering the War. 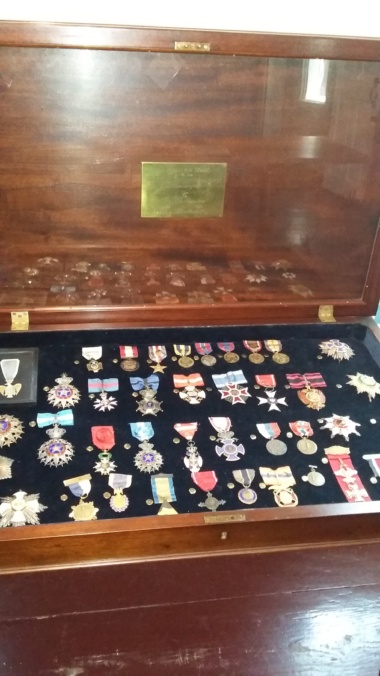 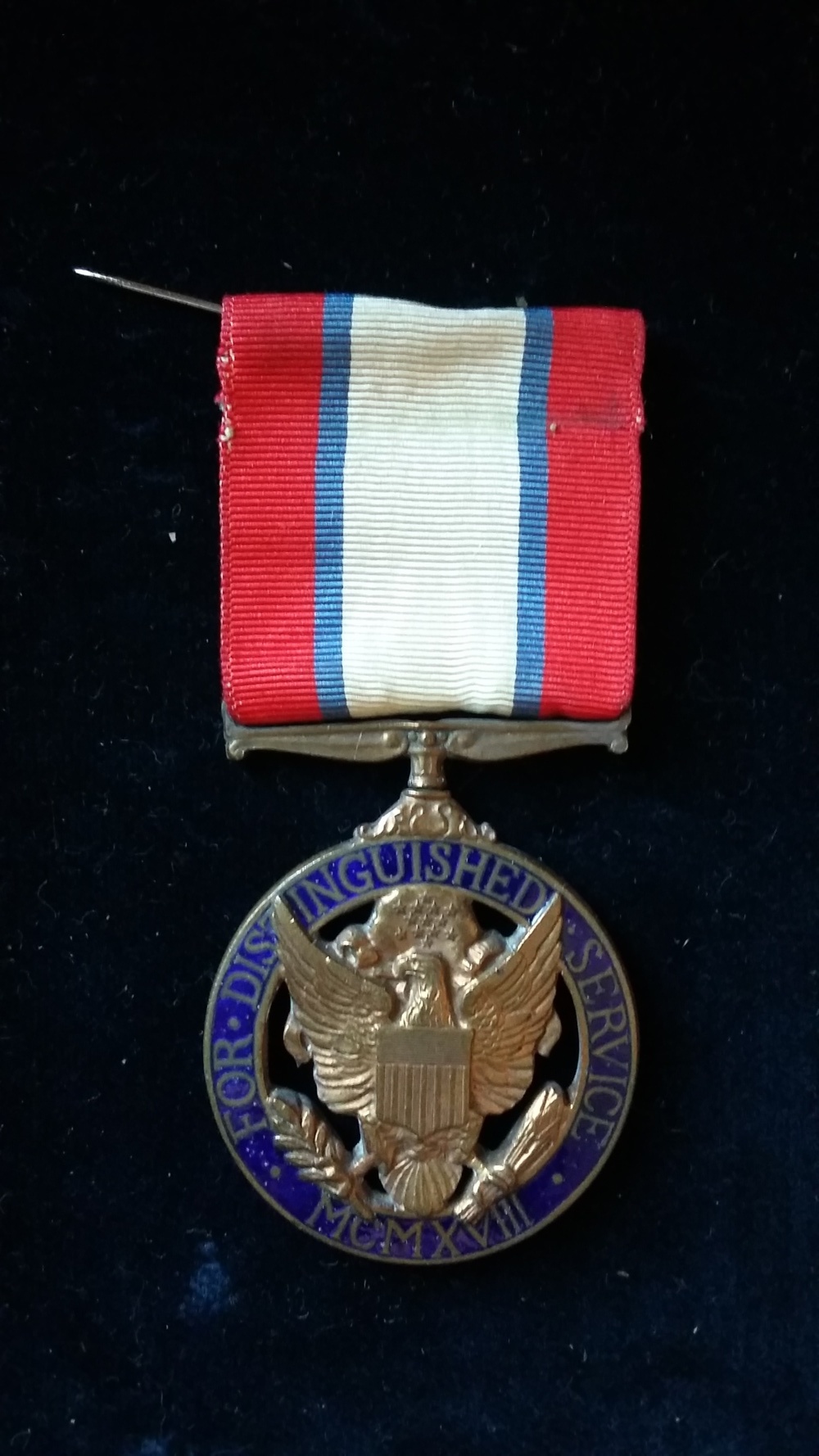 Companion of the Most Distinguished Order of Saint Michael & Saint George, 1919 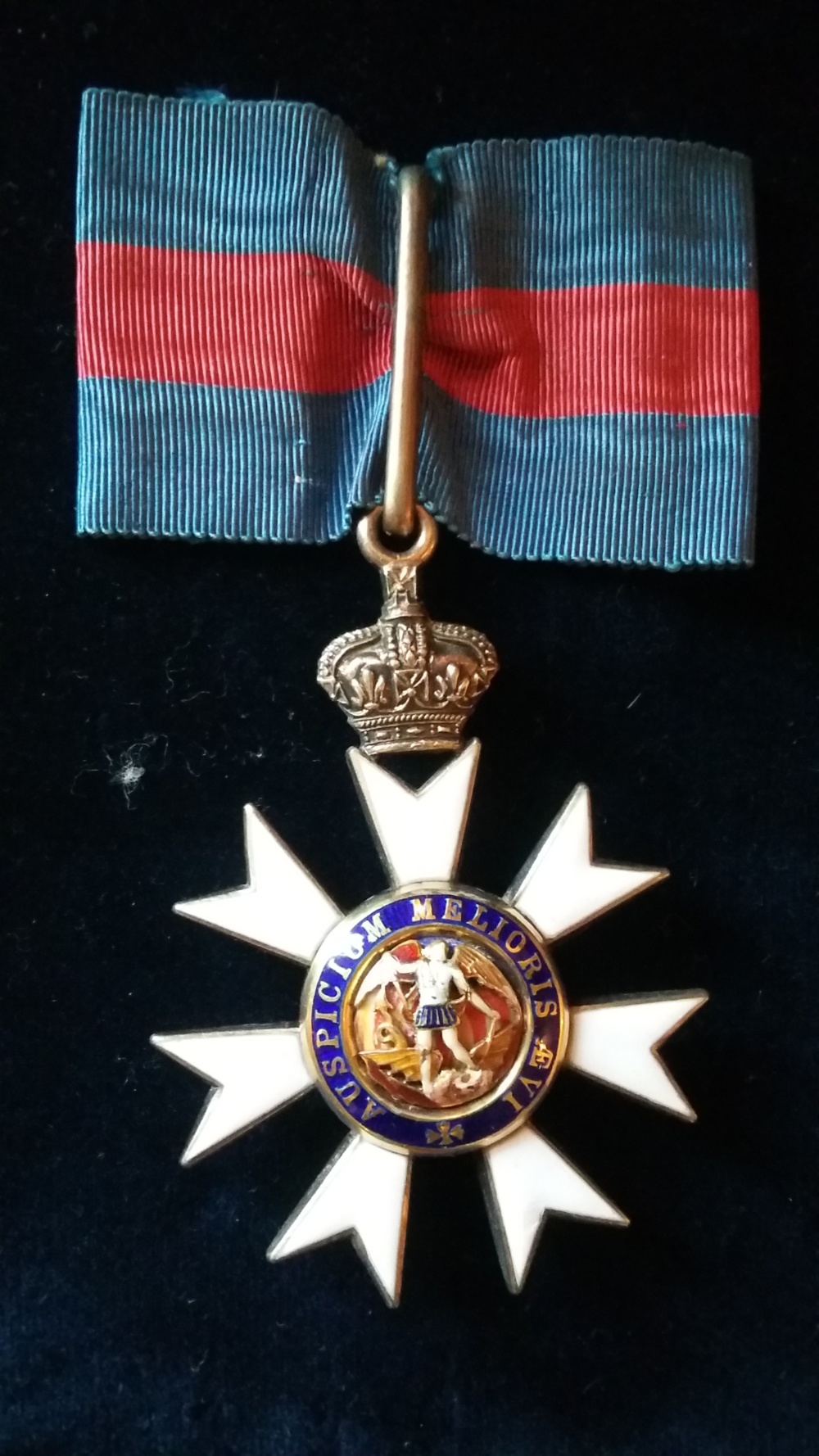 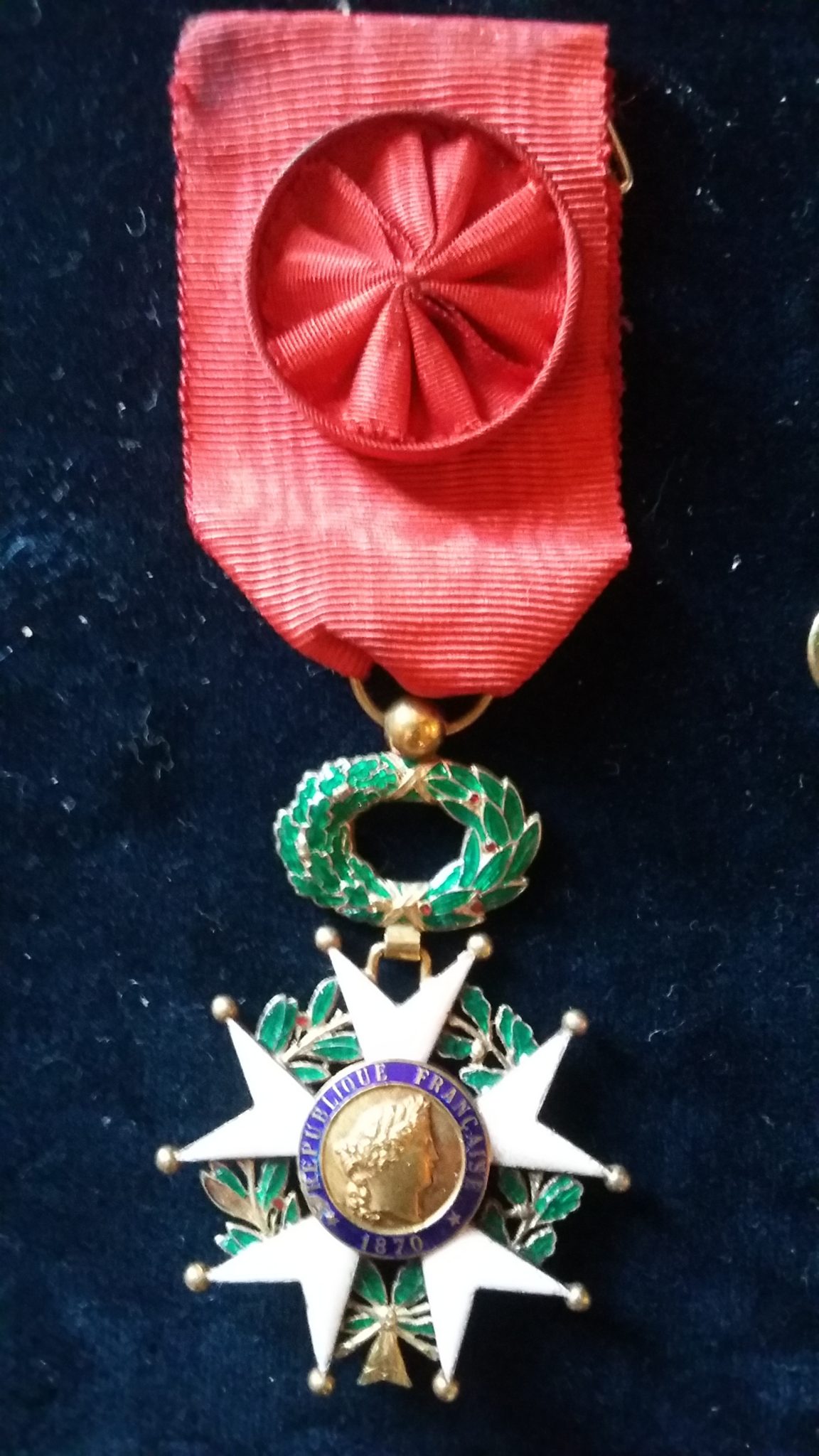 Insignia of Grand Officer of the Royal Order of Danilo I 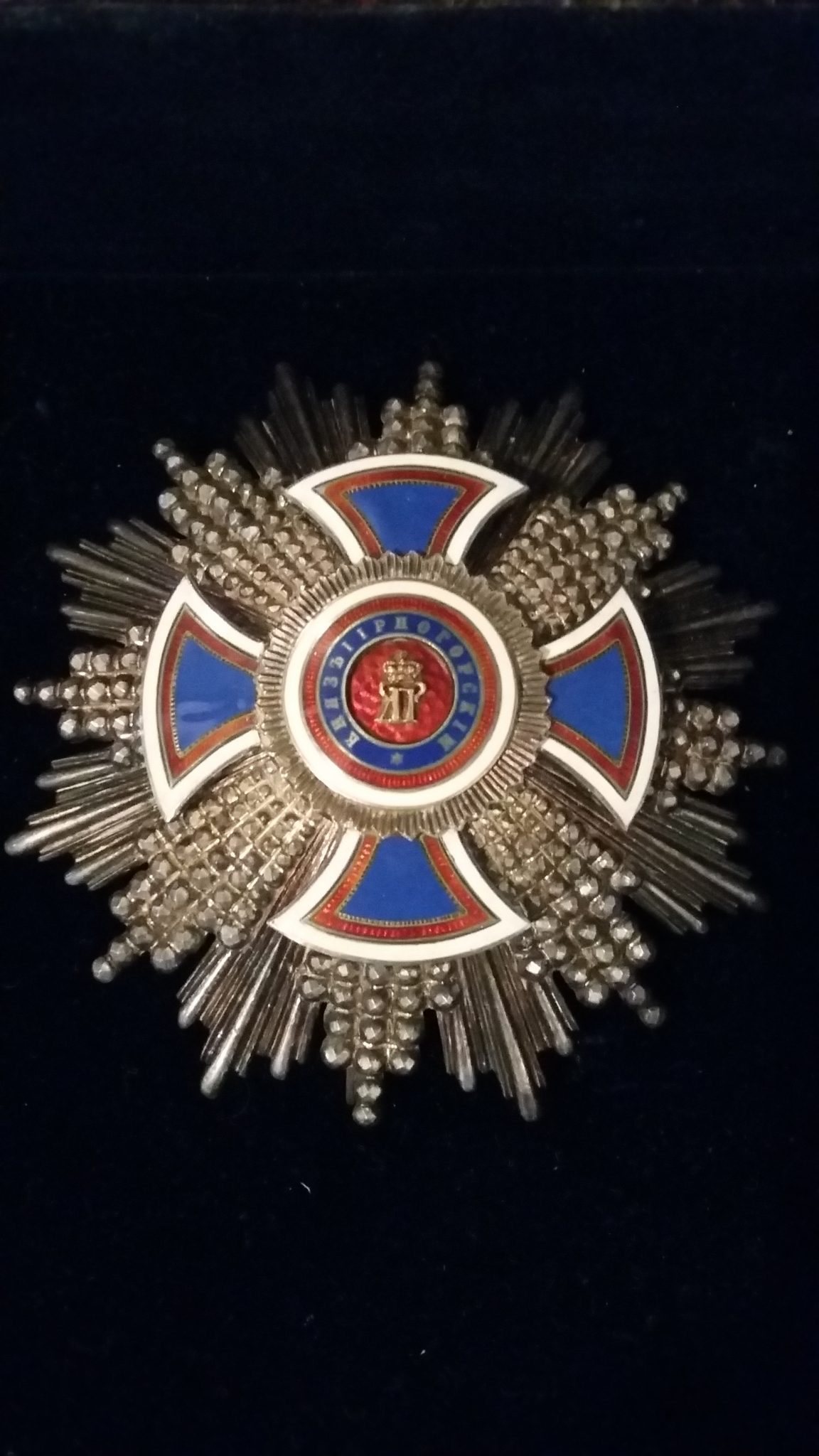