The Ladds and their Brick House 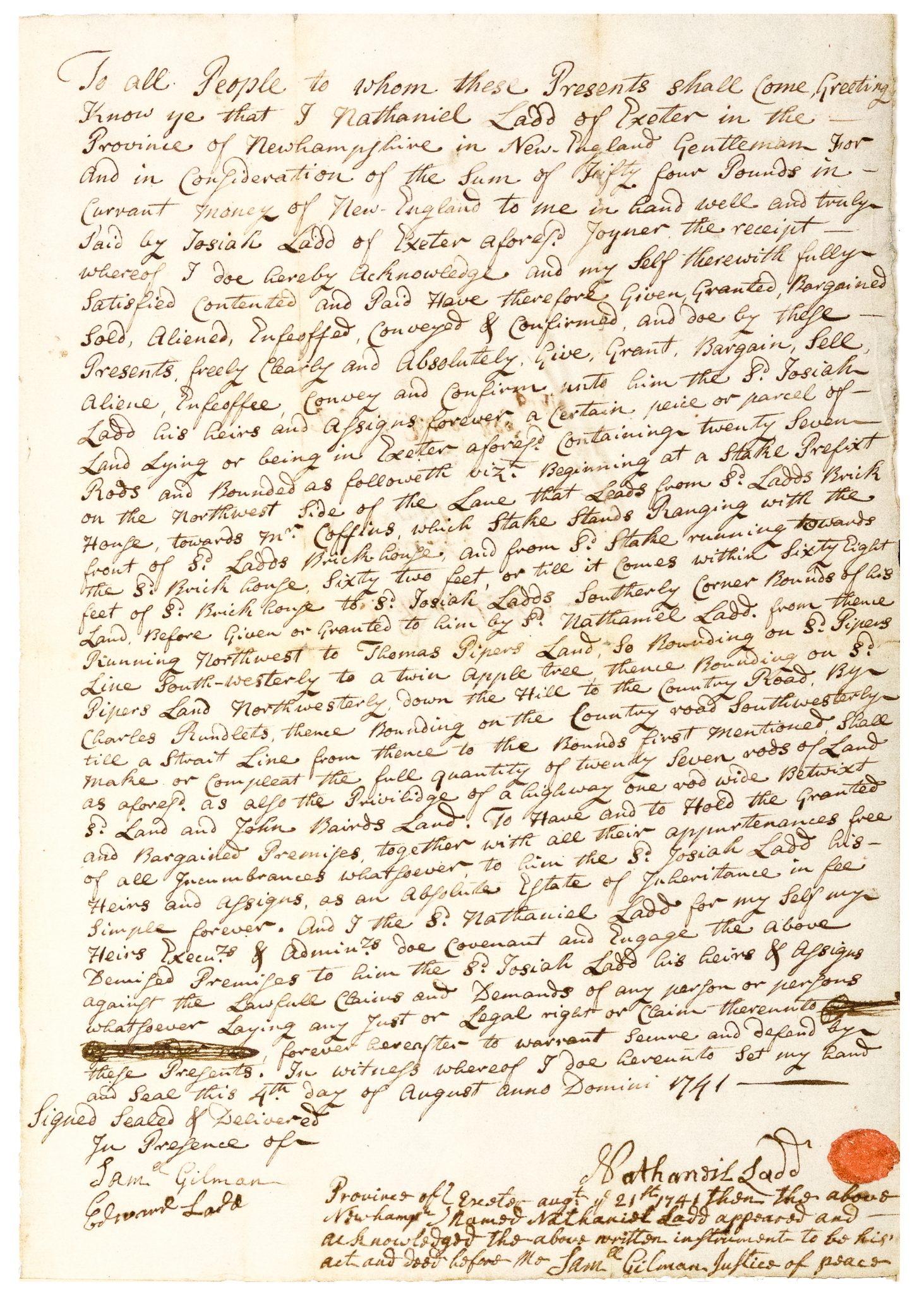 In 1714, Peter Coffin, Sr. gave all his land to his  grandson, Eliphalet Coffin, including the hill overlooking the Squamscott River where the Ladd-Gilman House sits today.  It is believed that this land was in Peter’s possession as early as 1690.  By 1721, Eliphalet Coffin sold part of his land to Nathaniel Ladd who builds a brick house for his residence.  Nathaniel lived here until the 1738 when he deeds his house to two of his sons, Josiah (who received the western half) and Elias (who received the eastern half).
In 1747 Elias Ladd sold his eastern half of the house to Colonel Daniel Gilman, a farmer and trader.  Sometime around 1750, Daniel began major renovations to the brick house, adding an addition off to the east, adding decorative features in several rooms, and changing the layout the western side of the house.  Daniel then gifts his half of the house to his eldest son Nicholas Gilman and his new bride Ann Taylor, possibly as a wedding present.  It was at this time the brick house was covered in clapboards; as the new addition was constructed out of wood, covering the entire building with clapboard made in uniform in appearance.
Josiah Ladd continued to own the western side of the house for another 30 years, but it is unclear if he live in the house with the Gilman family as he owned several other properties in the area.  In 1773 Josiah gave his half of the house to his son Samuel, who deeded it to Nicholas Gilman in 1777.

During the occupation by the Gilmans, the Ladd-Gilman House held many different functions.  Nicholas Gilman and his sons John Taylor and Nathaniel served as the State Treasurer for New Hampshire with the State Treasury located at their home from 1775 to 1789.  With Nicholas’ passing in 1783, his eldest son, John Taylor, was given ownership of the house.  John is best known today for his time as New Hampshire’s governor, a position he held, on and off, for 14 years.  While governor, he lived in this house where it became known as the Governor’s Mansion.  It is sometime during John Taylor’s ownership that a summer kitchen was added to the western side of the house.
After John Taylor, the Ladd-Gilman House was occupied by various relatives.  The last Gilman descendant to own the house was John Taylor Perry, who lived in the house from 1883 until his death in 1901.  The Society of the Cincinnati, a fraternal organization started in 1783 for Continental officer, bought the house in 1902.  Adding a caretaker’s cottage in 1905, the Ladd-Gilman House became their meeting place and club house. 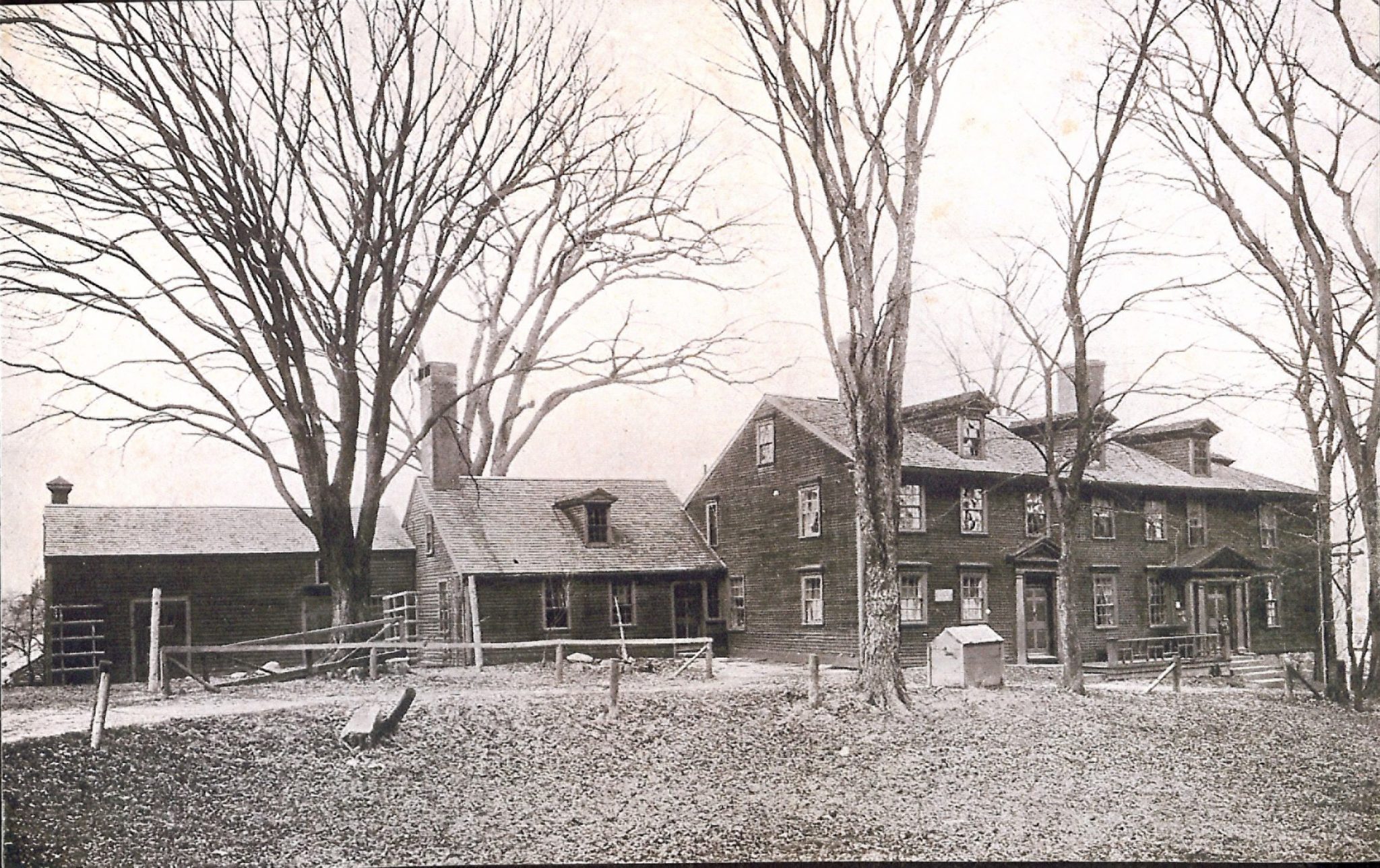 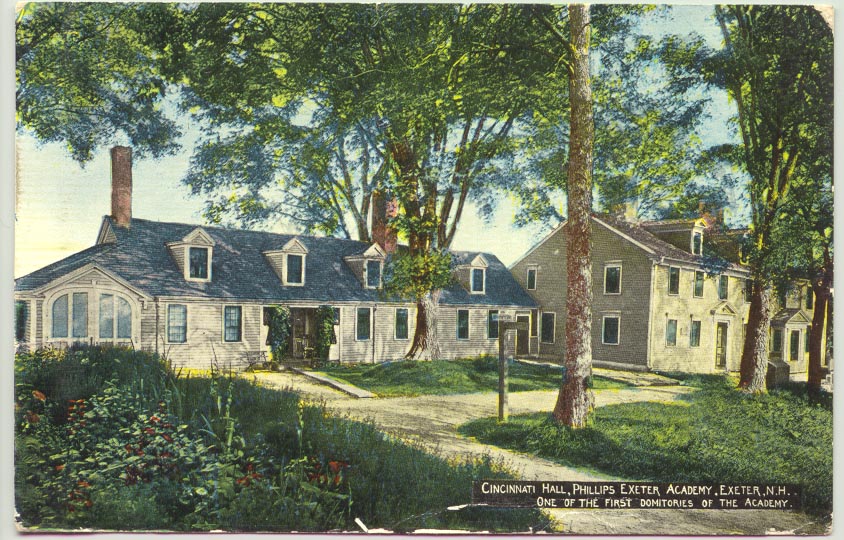 The Founding of a Museum 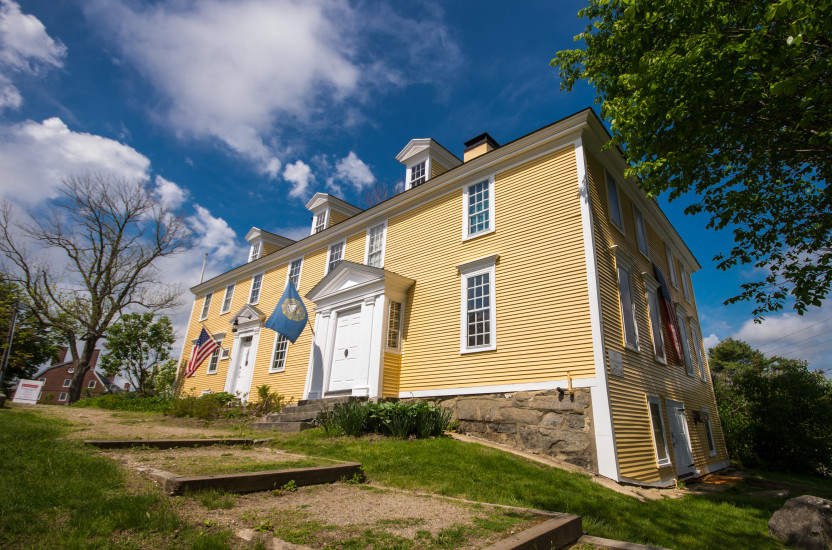 In 1985, a Dunlap Broadside, the first official printing of the Declaration of Independence, was re-discovered in the attic.  One of only twenty-six copies known to exist today, the Society of the Cincinnati and the State of New Hampshire debated the ownership of the document over the next five years.  The State claimed ownership because the document was sent by John Hancock to Meshech Weare, the head of the Committee of Safety in Exeter, a provincial government committee.  The Soicety argued it had proper title to the document given that it was gifted to the Society in 1905 by a Gilman family descendant.  In 1990, the two parties came to an agreement that saw the creation of the private, non-profit American Independence Center with the aim of keeping the document in the public trust.  In 1991, the American Independence Museum opened its doors with a mission to bring the American Revolution to life and to share the role New Hampshire played in the fight for independence.